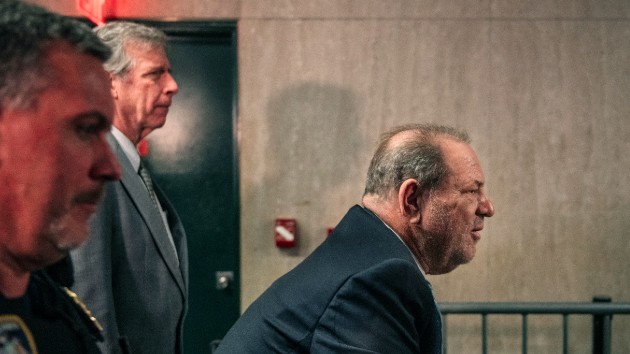 (NEW YORK) — Despite a report to the contrary this week from TMZ, Harvey Weinstein does not have COVID-19 and is not “severely ill,” according to his spokesman.

ABC News obtained a statement from Juda Engelmayer, a rep for the disgraced movie mogul, and Craig Rothfeld, Weinstein’s authorized New York State Department of Corrections spokesman. Their comments read in part: “[W]e can report that Mr. Weinstein’s fever has dropped but is still being closely monitored. We can also report at this time that he does not have COVID-19.”

They added, “Mr. Weinstein continues to be very closely monitored due to plethora of underlying health issues which are continuing to decline, get worse, and need treatment.”

The statement also thanked, “the healthcare and medical team at Wende [Correctional Facility] and the [NYC Department of Corrections] Central Office who have been working with us very closely to ensure all his health issues will be addressed in a timely manner.”

In March, the former movie producer was sentenced to 23 years in prison for his convictions on rape and sexual assault.

Weinstein was sentenced in New York to 20 years for criminal sexual assault for forcing oral sex on a victim. That sentence was ordered to run consecutively with a three-year sentence for the third-degree rape of another woman.

Overall, Weinstein faces an additional 11 sexual assault counts involving five women in California, which could add an additional 140 years to life in state prison, on top of his 23-year sentence.