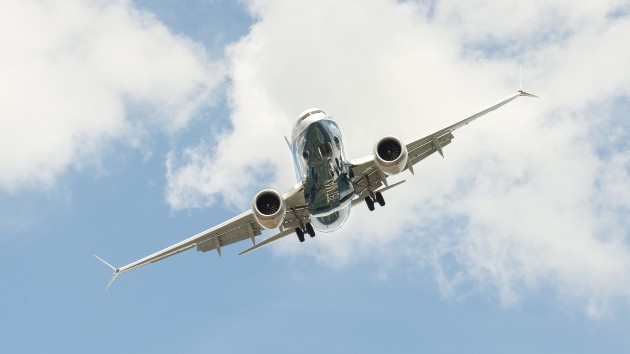 (NEW YORK) — Despite the recent recertification of Boeing’s 737 MAX 8 by the Federal Aviation Administration, some are still skeptical about the safety of the airplane.The Boeing 737 MAX 8 aircraft had been grounded since 2019 when it was implicated in two crashes that killed 346 people.Even with the FAA’s approval, some of the family members of those who died in the crashes are not only wary of getting on the 737 MAX, but other Boeing planes as well.Nadia Milleron and Michael Stumo lost their daughter, Samya Stumo, in the crash of Ethiopian Airlines Flight 302 on March 10, 2019. The 24-year-old had been on a business trip to East Africa, where she planned to help set up new offices for her employer.Her parents say they will never get on a 737 MAX.“We will warn every single person we know to look at the equipment that they are flying on and make sure that they don’t fly on a 737 MAX. We would continue that for other problematic new planes that Boeing produces,” said Milleron.One Russian mother, Elena Anokhina, lost her daughter and son-in-law in the Ethiopian Airlines crash. She told ABC News in Russian, “I wouldn’t recommend to anyone in my family to fly with these Boeing MAX aircraft.”Ekaterina Polyakov and her husband Aleksandr Polyakov had been on vacation and they wanted to visit Kenya to see its national parks, according to Anokhina.Other family members of the crash victims are concerned that the overall culture at Boeing could affect the production of its other planes, not just the 737 MAX.“I will never enter the MAX, even when it enters service again. I would advise anybody never to enter that MAX,” said Tom Kabau.Kabau lost his brother, George Kabau, on Ethopian Airlines flight 302. George Kabau, 29, was an electrical engineer at General Electric on his way back home from a business trip.“The other concern is, we ask ourselves, this is what happened to the MAX, could this have happened to other planes? Could that attitude also have affected the assembling of other Boeing planes?” said Kabau.

Captain Dennis Tajer, an American Airlines 737 pilot and a spokesperson for the Allied Pilots Association, told ABC News that he’s concerned that the same regulatory system that re-certified the MAX is the same one that let it fly in the first place.“We have to just keep watching. The system needs to be reformed, restructured, pick your R-word. It didn’t work. It failed,” said Tajer.In a statement to ABC News’ 20/20, Boeing said it had “cooperated fully with government and regulatory reviews and also have made a series of meaningful changes to strengthen our company’s safety practices and culture.””On November 18, 2020, the FAA lifted the order that suspended operation of 737-8s and 737-9s. The agency’s action validated that with the approved software update, additional pilot training and other defined steps, the newest member of the 737 family is safe and ready to fly,” Boeing’s statement continued. “We have full confidence in its safety.”American Airlines was one of the first airlines to announce an upcoming 737 MAX flight. The route is scheduled to take place on Dec. 29, 2020, from Miami to New York City.“If a customer doesn’t want to fly on the 737 MAX, they won’t have to. Our customers will be able to easily identify whether they are traveling on one, even if schedules change. If a customer prefers to not fly on this aircraft, we’ll provide flexibility to ensure they can be easily re-accommodated,” American Airlines announced in a press release.One former Boeing engineer, Peter Lemme, told ABC News he understands why people would be hesitant to fly on the 737 MAX.“When an airplane crashes because it wasn’t designed well, that just doesn’t sit well and it makes you ask questions as to what else wasn’t designed well, and that gets to confidence. And how do you ever get that back?” said Lemme.Lemme did not work on the 737 MAX, having left Boeing in 1997, but he believes the aircraft is now safe.“I’m happy to fly on the 737. I have no issue about that, and I think it’s going to be a great airplane. I really do,” he said.The U.S. House of Representatives is scheduled to vote next week on a bill that aims to increase the FAA’s aircraft oversight, a measure stemming from criticism that regulators gave too much power to Boeing when the agency originally reviewed and ultimately approved the 737 MAX.