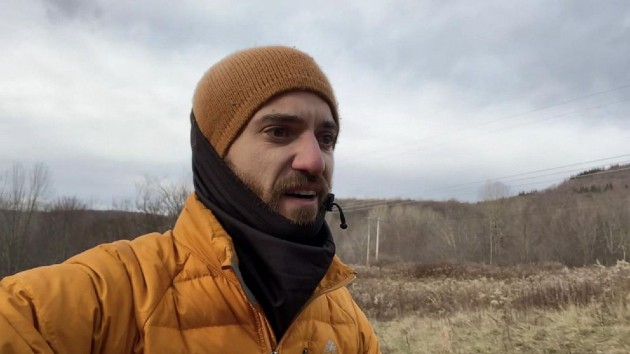 By HALEY YAMADA and ERIC NOLL, ABC News(NEW YORK) — The power of the internet was on full display for one family that had lost its puppy Golden Retriever.Brian James, of Cairo, New York, came across the online flyer for year-old Meadow in November and said he was moved to join the community effort to find the white pup, which had been lost in a wooded area for over a week.“I’m realizing that [it] might be easy to see her from the air if we find her before snow [falls],” said James, who is a licensed hiking guide and drone pilot.James traveled a few miles away to Andes, New York, where he used the drone to canvass the trees around where Meadow was last spotted. He soon came upon a patch of white.“I was able to get a visual on Meadow from the air,” said James.He said he quickly rushed to the spot where he found the pup, which was uninjured. She was reunited with her family soon afterward.The family told ABC News’ World News Tonight that they are overjoyed to have her back home.“At the last second, he saw a small white dot on the forest floor. … It was Meadow,” said owner Gary Morgan.Morgan and his wife, Debbie Morgan, said that they are thankful for James, a stranger who answered the call for help.“[We’re] just so grateful for Brian for showing up when he did and being able to rescue her,” said Debbie Morgan.James told World News Tonight that anybody could do the same.“Everybody’s got the capability to help,” he said. “You never know what will come of it.”