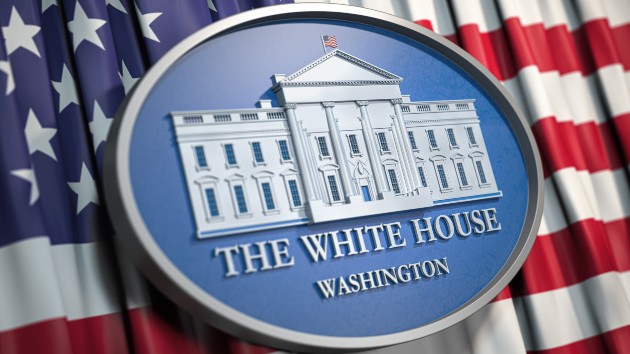 By LIBBY CATHEY, ADIA ROBINSON, LAUREN KING, CATHERINE THORBECKE and LAUREN LANTRY, ABC News(WASHINGTON) — President Donald Trump is slated to hand over control of the White House to President-elect Joe Biden in 56 days.Here is how the transition is unfolding. All times Eastern:

Nov 25, 9:03 pmGOP has to move back toward ‘policies and ideas’: RigglemanRep. Denver Riggleman, R-Va., said on ABC News’ “Powerhouse Politics” podcast that the Republican Party has to move back toward “policies and ideas” and away from conspiracy theories like those about the election.”I think it’s fear of the electorate and the base and maybe those few points that could cost him a primary, not get them reelected or maybe somebody is going to say something mean about them on Twitter,” Riggleman said on the podcast.Riggleman was one of the first Republicans to publicly accept Joe Biden as the president-elect and told ABC News Chief White House Correspondent Jonathan Karl and Political Director Rick Klein that fear of the base was keeping other elected officials from doing the same.Nov 25, 7:45 pmNev. governor signs certificate of ascertainment, gives Biden electorsNevada Gov. Steve Sisolak tweeted Wednesday evening that he signed the certificate of ascertainment, giving Biden electors the highest number of votes.”Today, I signed the Certificate of Ascertainment for the slate of electors for Joe Biden and Kamala Harris, as required by federal law,” he tweeted, along with photos of the certificates. “I want to thank all the election officials and poll workers who helped facilitate this process in our State.”He then went on to congratulate those who participated in the democratic process.On Tuesday the Nevada Supreme Court certified the election results.Nov 25, 4:37 pmKamala Harris stops by DC nonprofit to thank volunteersVice President-elect Kamala Harris visited the nonprofit D.C. Central Kitchen with her husband, Doug Emhoff, Wednesday afternoon to thank the staff and volunteers for the work that they were doing. They also passed out individually wrapped cookies.The nonprofit, which aims to prepare people in need for culinary careers, expects to serve 10,000 meals for the Thanksgiving holiday. Harris also spoke briefly about food insecurity in the U.S.”Right now in our country, one in six families are describing their children being hungry. One in five, the last number I saw, can’t pay their rent,” the vice president-elect said.She also spoke about the pandemic, and the isolation many people are feeling “on top of being food insecure.””So, to do what you all are doing reminds people that they’re not alone,” she told the volunteers. “And that’s a great gift that you give as well. So, Doug and I wanted to come by just to thank you all, everybody, for what you’re doing, and for lifting everybody up.”Harris also took questions, and said that she had not yet spoken to Vice President Mike Pence, but wouldn’t answer directly when asked if she had spoken with Senate Majority Leader Mitch McConnell.Finally, Harris shared that she and her husband would be spending Thanksgiving in Washington without members of their extended family.Nov 25, 4:33 pmTrump announces pardon for Michael FlynnTrump announced via Twitter that Michael Flynn, his first national security adviser, has been granted a full pardon after being convicted following former special counsel Robert Mueller’s investigation.”It is my Great Honor to announce that General Michael T. Flynn has been granted a Full Pardon,” the president wrote. “Congratulations to @GenFlynn and his wonderful family, I know you will now have a truly fantastic Thanksgiving!”Nov 25, 3:17 pm‘We’re all in this together’: Biden delivers Thanksgiving addressOn the eve of Thanksgiving, Biden delivered an address to the American people from Wilmington, Delaware.The coronavirus pandemic was at the fore of Biden’s message, which comes the same day that the U.S. passed the grim milestone of 260,000 lives lost to coronavirus.Biden reflected on the first Thanksgiving authorized by the Continental Congress in 1777, saying that it took place “under extremely harsh conditions and deprivation.” He added that a plaque still honors the spot where it took place, which reads: “This Thanksgiving, in spite of the suffering, showed the reverence and character that was forging the soul of a nation.””Faith, courage, sacrifice, service to country, service to each other and gratitude even in the face of suffering have long been part of what Thanksgiving means in America,” the president-elect said. “Looking back over our history, you see that it’s been in the most difficult circumstances that the soul of our nation has been forged. And now, we find ourselves again facing a long, hard winter.”Biden urged Americans to remember “we’re all in this together.”He said that like so many, his Thanksgiving celebration will look different this year, saying that his family will be breaking up into small groups to celebrate.”I know how hard it is to forego family traditions,” he said. “But it’s so very important. Our country is in the middle of a dramatic spike in cases.”He noted that the nation is averaging 160,000 new cases a day and many local health systems are at risk of being overwhelmed.”We owe that to our fellow citizens, who need access to hospital beds and care, to fight this disease,” he said. “We owe it to one another. It’s literally our patriotic duty as Americans.”Biden also urged Americans to keep hope, and referenced the positive vaccine development news.”I’m hoping the news of the vaccine will serve as an incentive to every American, to take these simple steps to get control of the virus,” he said. “There’s real hope, tangible hope, so hang on.”

Nov 25, 2:58 pmBiden’s team briefed on vaccine and federal response to COVID-19 Biden’s team has been officially briefed on the vaccine and federal response to COVID-19.According to the HHS, leading the briefing was Deputy Surgeon General Rear Adm. Erica Schwartz, who has been acting as transition coordinator for the agency.Also attending was Brian Harrison, who is chief of staff to Health Secretary Alex Azar, as well as project leads from Operation Warp Speed, the government’s vaccine program.“They are moving forward expeditiously, obviously our teams have had a lot of time to work through the core questions that they need to pose and the pieces of information that they most want to … have clear visibility into in terms of particularly vaccine distribution, testing and the PPE supply chain,” Biden Deputy Campaign Manager and Communications Director Kate Bedingfield said.Nov 25, 2:32 pmCourt fight heats up over final certification of the 2020 election in PennsylvaniaPennsylvania Secretary of State Kathy Boockvar has asked the state Supreme Court to overturn a ruling Wednesday from a lower court imposing a preliminary injunction that paused the process of “perfecting” the certification of the Nov. 3 election.The lawsuit was initially brought by Republican Congressman Rep. Mike Kelly, alleging that the state legislation that legalized the widespread use of mail-in ballots in the state was passed improperly. Kelly and his co-plaintiffs asked the court for an immediate stop to certification while the court reviewed the matter.“This order does not impact yesterday’s appointment of electors,” Attorney General Josh Shapiro said in a statement to ABC News. Shapiro noted the plan for an immediate appeal.                                                                           In response to the lower court action, Boockvar’s filing notes that Kelly filed the lawsuit over a year after the legislation was passed. The secretary’s team also argued that Judge Patricia A. McCullough did not respond to objections the legal team filed and therefore entered her order before she should have. A hearing in the case was scheduled for Friday, but that could change depending on the response from the state Supreme Court.

Nov 25, 12:47 pmClyburn throws out names for positions in Biden administrationHouse Majority Whip James Clyburn pitched some names for positions in Biden’s new administration during an interview with CNN on Wednesday.He named Sen. Bernie Sanders, Stacey Abrams and Jaime Harrison (who ran against Sen. Lindsey Graham this cycle)  as people Biden should look at.When asked if there is a role for Abrams, Pete Buttigieg or Bernie Sanders in this cabinet, Clyburn replied, “Yes, as well as the Jaime Harrisons. I’m not going to let y’all forget about Jaime.”“The fact of the matter is he is co-chair of the DNC, now, or associate counsel of the DNC. He ran for that office four years ago,” Clyburn said. “He is a young man who should not be left on the battlefield.”“Stacey Abrams has done great work. I think she’s going to be very successful, come January the 5th, with all the other people working around her,” Clyburn said. “So, there are a lot of young people out there and some not-so-young people, like Bernie Sanders, I wish would come into the administration.”Interestingly, Clyburn did not mention Buttigieg during his interview.Clyburn’s endorsement and support of Biden during the campaign were seen as pivotal for Biden’s path to the presidency.