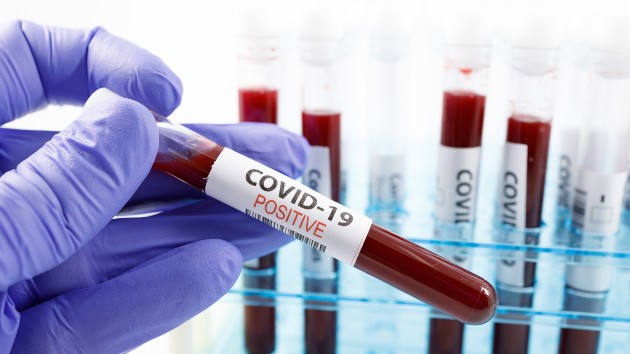 By MORGAN WINSOR, IVAN PEREIRA and MEREDITH DELISO, ABC News(NEW YORK) — A pandemic of the novel coronavirus has now infected more than 60.7 million people and killed over 1.4 million worldwide, according to real-time data compiled by the Center for Systems Science and Engineering at Johns Hopkins University.

Here’s how the news developed Thursday. All times Eastern:

Nov 26, 7:17 pm1,319 US deaths on ThanksgivingThe Covid Tracking Project reported 1,319 deaths, below the seven-day average of 1,549, on Thanksgiving, but experts caution against reading too much into data reported before next week as the holiday could prove a catalyst for the virus that’s killed at least 263,196 Americans.On Thursday, total global deaths reached at least 1,428,671.Nov 26, 12:03 pmCOVID-19 has killed over 30,000 Americans so far this monthMore than 30,000 people in the United States have died from COVID-19 so far this month, according to an ABC News analysis of data collected and published by the COVID Tracking Project.Of those deaths, 11,507 were reported in just the last seven days. That’s about one American death from COVID-19 reported every minute.The country’s COVID-19 death rate has been steadily rising for the past month. Since Oct. 25, the seven-day average of U.S. daily deaths from the disease has doubled, increasing by 103%.The increase in deaths follows weeks of surging case numbers across the country. The United States is now reporting an average of over 172,000 new cases of COVID-19 per day.More than 3.5 million cases were recorded in the month of November so far, including at least 22 straight days where over 100,000 new cases were reported. There were 1.2 million cases reported in the last week alone, which means one in every 271 Americans tested positive for COVID-19.On Wednesday, two of the country’s largest states, California and Texas, both reported their highest single-day case count to date. They are the only two states in the nation to surpass one million total cases.

Nov 26, 9:18 amTSA screens record number of travelers since pandemic beganMore than one million people went through airport security checkpoints across the United States on Wednesday, the day before Thanksgiving, despite public health guidance against traveling for the holiday.The Transportation Security Administration (TSA) screened 1,070,967 individuals on Wednesday, the highest amount since the coronavirus pandemic was declared in mid-March. The previous pandemic record was set on Sunday, when TSA screened 1,047,934 people.Last week, the U.S. Centers for Disease Control and Prevention said it is recommending that Americans do not travel for Thanksgiving.”It’s not a requirement, it’s a recommendation for the American public to consider,” Dr. Henry Walke, the CDC’s COVID-19 incident manager, told reporters during a call on Nov. 19. “Right now, as we’re seeing exponential growth in cases and the opportunity to translocate disease or infection from one part of the country to another leads to our recommendation to avoid travel at this time.”

Nov 26, 8:22 amRussia sees record rise in cases and deaths on same dayRussia confirmed a record 25,487 new cases of COVID-19 in the last 24 hours, along with an all-time high of 524 new deaths from the disease.The cumulative total now stands at 2,187,990 confirmed cases, including 38,062 deaths, according to the country’s coronavirus response headquarters.The Eastern European nation of 145 million people has the fifth-highest tally of COVID-19 cases in the world, behind only the United States, India, Brazil and France, according to a real-time count kept by Johns Hopkins University.Despite the growing number of infections and deaths, Russian authorities have repeatedly said they have no plans to impose another nationwide lockdown.However, Moscow Mayor Sergey Sobyanin announced Thursday that he will extend the local COVID-19 restrictions in the capital city to Jan. 15. Those restrictions, which were set to expire Sunday, include a stay-at-home recommendation for residents over the age of 65 and an order for employers to keep at least 30% of their staff working from home.Sobyanin said additional measures are not necessary at this point. Although the pace of the COVID-19 infection rate in Moscow appears to be gradually evening out, the mayor said it’s still too early to say its on the decline.”The health care system is still seriously overstretched,” Sobyanin wrote on his blog Thursday.

Nov 26, 7:36 amCDC projects up to 321K virus deaths in US by Dec. 19The U.S. Centers for Disease Control and Prevention now projects that the country will have recorded up to 321,000 COVID-19 deaths before the end of the year.The CDC on Wednesday published the latest national ensemble forecast, which predicts that the number of newly reported COVID-19 deaths in the United States will likely increase over the next four weeks, with 10,600 to 21,400 new deaths likely to be reported in the week ending Dec. 19. A total of 294,000 to 321,000 deaths from COVID-19 are projected to be reported nationwide by this date.Last week’s national ensemble forecast predicted there would be a total of 276,000 to 298,000 COVID-19 deaths reported nationwide by Dec. 12.The ensemble forecasts are based on a combination of the independently developed forecasts that the CDC receives from various modeling groups.

Nov 26, 6:45 amUS reports over 181,000 new cases ahead of ThanksgivingThere were 181,490 new cases of COVID-19 confirmed in the United States on Wednesday, the day before the Thanksgiving holiday, according to a real-time count kept by Johns Hopkins University.It’s the 23rd day in a row that the country has reported over 100,000 newly diagnosed infections. Wednesday’s count is down from a peak of 196,004 new cases on Nov. 20.An additional 2,297 fatalities from COVID-19 were also registered nationwide on Wednesday, the country’s highest single-day death toll from the disease since May 6 and just under the all-time high of 2,609 new deaths on April 15.A total of 12,778,254 people in the United States have been diagnosed with COVID-19 since the pandemic began, and at least 262,283 of them have died, according to Johns Hopkins. The cases include people from all 50 U.S. states, Washington, D.C. and other U.S. territories as well as repatriated citizens.Much of the country was under lockdown by the end of March as the first wave of pandemic hit. By May 20, all U.S. states had begun lifting stay-at-home orders and other restrictions put in place to curb the spread of the novel coronavirus. The day-to-day increase in the country’s cases then hovered around 20,000 for a couple of weeks before shooting back up and crossing 100,000 for the first time on Nov. 4.Copyright © 2020, ABC Audio. All rights reserved.