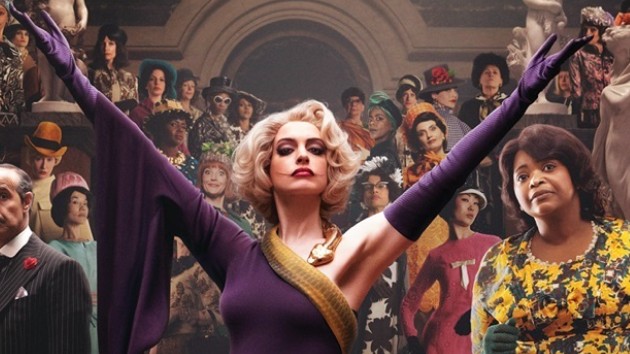 (LOS ANGELES) — Anne Hathaway, who starred in the 2020 remake of The Witches, says she isn’t upset by her performance being constantly compared to Anjelica Huston’s, who played the Grand High Witch in the 1990 version of the movie.

Speaking to the Daily Telegraph’s Stellar magazine, the 38-year-old revealed how she kept herself from becoming emotionally invested in the constant comparisons.

The Ocean’s 8 actress continued that her version of The Witches is drastically different than the 1990 version, which called for her to make the character her own.

“When [director Robert Zemeckis] showed me that ear-splitting grin with the fangs, I thought: ‘Oh, this isn’t something that you can get out of your head. This is terrifying,"” confessed Hathaway, who said she remedied that by making the character more comedic than scary to teach children that they can “laugh at evil.”

As for whether or not Hathaway feared that fans would not enjoy seeing her play such a vile character, the Oscar winner shrugged, “I haven’t felt fear surrounding being labelled for a very long time” but admitted that she “was afraid of being boxed in as an actress” when she was a lot younger.