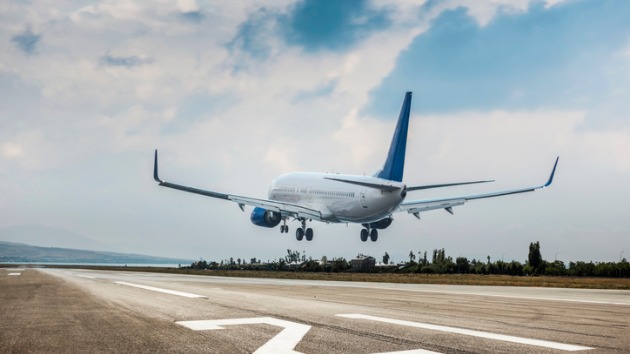 By MEREDITH DELISO, ABC News(WASHINGTON) — The U.S. Department of Transportation will no longer consider emotional support animals as service animals under a new rule announced Wednesday, allowing airlines to limit the types of animals that fly for free.In a revision to its Air Carrier Access Act, the DOT defines a service animal as a “dog, regardless of breed or type, that is individually trained to do work or perform tasks for the benefit of a qualified individual with a disability.” Airlines are “not required to recognize emotional support animals as service animals and may treat them as pets,” it stated.The revision follows efforts by airlines to crack down on travelers abusing emotional support animal policies. Most service animals are dogs, though miniature horses, hamsters, pigs and even peacocks have flown as emotional support animals.The practice has “eroded the public trust in legitimate service animals,” the DOT said in its rule, which it said was prompted in part by an increase in travelers “fraudulently representing their pets as service animals” to avoid charges for transporting pets.Airlines for America, an airline trade association, estimated that the number of passengers flying with emotional support animals in 2018 increased by 14%, following a 60% increase the year before. That rise has also accompanied a “sharp increase” in incidents caused by the animals, from biting to defecation, said the group, which applauded the new rule.”The Department of Transportation’s final rule will protect the traveling public and airline crewmembers from untrained animals in the cabin, as well as improve air travel accessibility for passengers with disabilities that travel with trained service dogs,” Airlines for America President and CEO Nicholas E. Calio said in a statement.The update was also supported by several flight attendant unions.”It is inappropriate to have untrained or undertrained service animals in confined public spaces such as the aircraft cabin,” Julie Hedrick, president of the Association of Professional Flight Attendants, said in a statement. “APFA praises DOT for issuing a final rule that will create a safe and comfortable cabin environment for passengers and crewmembers alike.”The Association of Flight Attendants-CWA called the rule a “victory” for crews and the public. “It sets clear definitions and guidance to ensure people with disabilities and our veterans have necessary service animal assistance while maintaining the safety, health and security of all passengers and crew onboard our planes,” the union said in a statement.Under the new provisions, airlines can require people traveling with a service animal to fill out a form attesting to the animal’s health, behavior and training. They can also require that the animals be harnessed at all times in the airport and on the aircraft.Passengers can still travel with pets under the carrier’s pet policy, which typically costs $125 each way to carry-on a small pet.The final rule was informed by 15,000 public comments and concerns raised by people with disabilities, airlines, flight attendants, airports and others, the DOT said. It will go into effect 30 days after it is published in the Federal Register. That date has not yet been set.Copyright © 2020, ABC Audio. All rights reserved.