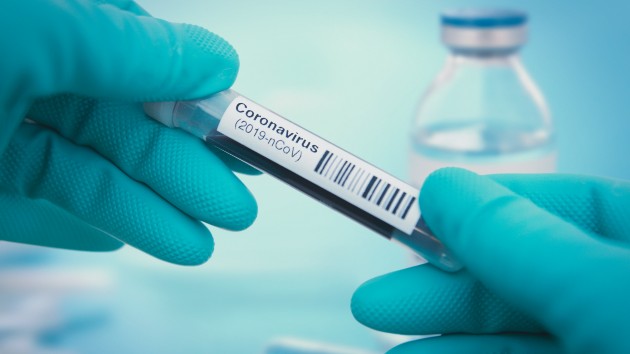 By MORGAN WINSOR, ERIN SCHUMAKER, IVAN PEREIRA and EMILY SHAPIRO, ABC News(NEW YORK) — A pandemic of the novel coronavirus has now infected more than 64 million people and killed over 1.4 million worldwide, according to real-time data compiled by the Center for Systems Science and Engineering at Johns Hopkins University.Here’s how the news is developing Wednesday. All times Eastern:Dec 02, 12:08 pmCDC announces alternatives to 14-day quarantineThe Centers for Disease Control and Prevention on Wednesday announced alternatives to its two-week recommended quarantine for people who have been exposed to COVID-19. Quarantine can now end after 10 days without a test if the individual has not reported any symptoms, or after seven days with a negative COVID-19 test and no reported symptoms, said Henry Walke, the CDC’s COVID-19 incident manager. Walke said the move “may make it easier for people to take this critical public health action by reducing the economic hardship associated with a longer period, especially if they cannot work during that time.”People should continue to monitor for symptoms for the full 14 days after being exposed to the virus “especially if quarantine is discontinued early,” he said.A 14-day quarantine remains the best way to prevent spread, according to the CDC.Walke added, “Everyone should follow this specific guidance from their local public health authorities about how long they should quarantine.”-ABC News’ Sophie TatumDec 02, 11:26 amRisk at ‘historic high,’ White House Task Force warnsIn this week’s briefing for governors, the White House Coronavirus Task Force urged all Americans over the age of 65 or with significant health conditions to avoid “any indoor public spaces where anyone is unmasked.”The briefing said those under 40 years old who saw anyone outside their household for Thanksgiving should assume they’re infected and must isolate.“The COVID risk to all Americans is at a historic high,” according to the briefing, which was obtained by ABC News. “The national daily COVID incidence after Memorial Day, but before the summer surge, was fewer than 25,000 new cases/day and is now more than 180,000 new cases/day; COVID inpatients then were fewer than 30,000 but are now more than 90,000; fatalities have more than doubled.””We are in a very dangerous place due to the current, extremely high COVID baseline and limited hospital capacity; a further post-Thanksgiving surge will compromise COVID patient care, as well as medical care overall,” the briefing said.-ABC News’ Josh Margolin and Brian Hartman

Dec 02, 7:42 amOperation Warp Speed’s chief science adviser hopes Pfizer/BioNTech vaccine is approved next weekDr. Moncef Slaoui, chief science adviser to Operation Warp Speed, said he expects the U.S. Food and Drug Administration “to reach a similar conclusion” to the United Kingdom’s approval of a COVID-19 vaccine developed by U.S. pharmaceutical giant Pfizer and its German partner BioNTech.”I hope by the 10th or 11th of December the Pfizer vaccine is approved,” Slaoui told ABC News chief anchor George Stephanopoulos in an interview Wednesday on Good Morning America.Slaoui urged Americans to “listen to the experts” and trust the vaccine approval process.”No corners have been cut,” he said. “The [vaccine] development has been done very quickly because we had great science to allow us to do all the discovery work in weeks rather than in years. And then the clinical work, the most important part that demonstrates the effectiveness of the vaccine and its safety, has been done to a higher standard than what’s done normally in larger number of people but will be assessed and studied in an ongoing basis.”Slaoui described a vaccine as “an insurance against this virus.””This is what will get us out of the pandemic,” he said.

Dec 02, 4:54 amUS reports over 180,000 new casesThere were 180,098 new cases of COVID-19 confirmed in the United States on Tuesday, according to a real-time count kept by Johns Hopkins University.It’s the 29th straight day that the country has reported over 100,000 newly diagnosed infections. Tuesday’s count is down from a peak of 205,557 new cases last Friday.An additional 2,597 fatalities from COVID-19 were also registered nationwide on Tuesday, just under the all-time high of 2,609 new deaths on April 15.COVID-19 data may be skewed in the coming days and weeks due to possible lags in reporting over Thanksgiving followed by a potentially very large backlog from the holiday.A total of 13,725,917 people in the United States have been diagnosed with COVID-19 since the pandemic began, and at least 270,669 of them have died, according to Johns Hopkins. The cases include people from all 50 U.S. states, Washington, D.C. and other U.S. territories as well as repatriated citizens.Much of the country was under lockdown by the end of March as the first wave of pandemic hit. By May 20, all U.S. states had begun lifting stay-at-home orders and other restrictions put in place to curb the spread of the novel coronavirus. The day-to-day increase in the country’s cases then hovered around 20,000 for a couple of weeks before shooting back up over the summer.

Dec 02, 3:44 amUK authorizes Pfizer/BioNTech vaccine, rollout to begin next weekA COVID-19 vaccine developed by U.S. pharmaceutical giant Pfizer and its German partner BioNTech has been approved for use in the United Kingdom.The U.K. Department of Health and Social Care announced Wednesday that it has accepted the recommendation from the country’s drug regulator to grant a temporary authorization for emergency use of the Pfizer/BioNTech vaccine, called BNT162b2. The Medicines and Healthcare products Regulatory Agency (MHRA) concluded that the vaccine met its standards of safety, quality and effectiveness.”The vaccine will be made available across the U.K. from next week,” a Department of Health and Social Care spokesperson said in a statement, adding that the National Health Service, the publicly-funded healthcare system, “will begin putting their extensive preparations into action to provide care and support to all those eligible for vaccination.”The United Kingdom is the first country in the world to approve the Pfizer/BioNTech vaccine. The companies said in a joint press release Wednesday that they are anticipating further regulatory decisions across the globe in the coming days and weeks and are ready to deliver vaccine doses pending authorizations or approvals.”Today’s Emergency Use Authorization in the U.K. marks a historic moment in the fight against COVID-19,” Pfizer chairman and CEO Albert Bourla said in a statement. “As we anticipate further authorizations and approvals, we are focused on moving with the same level of urgency to safely supply a high-quality vaccine around the world. With thousands of people becoming infected, every day matters in the collective race to end this devastating pandemic.”The MHRA made its recommendation based on a rolling submission, including data from the Phase 3 trial which demonstrated a vaccine efficacy rate of 95%. The Pfizer/BioNTech vaccine was generally well tolerated, with no serious safety concerns reported to date.Pfizer and BioNTech had already agreed to supply the United Kingdom with 40 million doses of BNT162b2 once authorized for emergency use. Now that the vaccine is authorized, the companies will immediately begin delivering doses, the first of which are expected to arrive on U.K. soil in the coming days. The rest of the doses will arrive in stages, with complete delivery fulfillment expected in 2021, according to the press release.Pfizer and BioNTech said the distribution of their vaccine in the United Kingdom will be prioritized according to the populations identified in guidance from the Joint Committee on Vaccination and Immunisation, an independent expert group that advises the U.K. government on immunization.”The Emergency Use Authorization in the U.K. will mark the first time citizens outside of the trials will have the opportunity to be immunized against COVID-19,” BioNTech CEO and co-founder Ugur Sahin said in a statement. “We believe that the roll-out of the vaccination program in the U.K. will reduce the number of people in the high-risk population being hospitalized.”The companies have also filed a request for emergency use authorization with the U.S. Food and Drug Administration and have submitted an application for conditional marketing authorization with the European Medicines Agency.