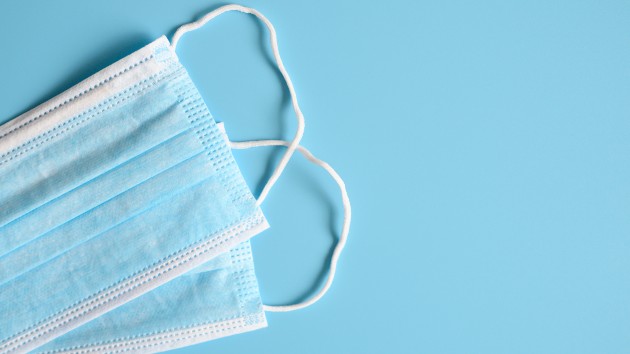 By MEREDITH DELISO, ABC News(NEW YORK) — The day before Thanksgiving, Denver Mayor Michael B. Hancock urged his constituents to remain in their households and refrain from travel during the holiday if they could.That same day, he boarded a plane to join his wife and daughter in Mississippi.The decision ignited calls of hypocrisy, and the mayor issued a public apology to those “angry and disappointed” in his decision.”I apologize to the residents of Denver who see my decision as conflicting with the guidance to stay at home for all but essential travel,” he said.Hancock is one of several elected officials facing criticism recently for not following their own health advice during the coronavirus pandemic — in particular around Thanksgiving and other gatherings.On Tuesday, the mayor of San Jose, Texas, issued a public apology for attending a Thanksgiving meal with more households than currently allowed under state regulations.In a statement posted on social media, Mayor Sam Liccardo said the gathering at his parents’ house consisted of eight people from five households. Restrictions issued Nov. 13 limit gatherings at a private household to three, he acknowledged.”I apologize for my decision to gather contrary to state rules,” he said. “I understand my obligation as a public official to provide exemplary compliance with the public health orders, and certainly not to ignore them.”

I apologize for my decision to gather for Thanksgiving with my family, contrary to the rules. I understand my obligation as a public official to provide exemplary compliance w/ public health orders, & not to ignore them. I commit to do better. My statement: pic.twitter.com/LFhX2LCUf3

Liccardo noted that he and his family took precautions such as wearing masks when not eating and sitting with their own household at distanced tables on a backyard patio.”I commit to do better,” he added.As the United States experiences an exponential surge in cases and record hospitalizations, infectious disease expert Dr. Anthony Fauci warned that this type of mixed messaging can be “detrimental.””Wherever the mixed message comes from, particularly when it comes from a person in authority, is not only not helpful, it can actually be detrimental,” Fauci, the director of the National Institute of Allergy and Infectious Diseases, said during a press briefing with Colorado Gov. Jared Polis on Tuesday when asked about Hancock’s travels.In his apology, Hancock said he was acting “as a husband and father” and asked people to “forgive decisions that are borne of my heart and not my head.”

I fully acknowledge that I have urged everyone to stay home and avoid unnecessary travel. I have shared how my family cancelled our plans for our traditional multi-household Thanksgiving celebration. (1/5)

The holidays are forcing many people to make difficult decisions — politicians included. For weeks, Gov. Andrew Cuomo had implored New Yorkers to celebrate Thanksgiving with only their immediate households. So it came as a surprise to those following his daily briefings when he said during a Nov. 23 radio program that his mother and two daughters would travel to Albany for the holiday.”His arrogance and hypocrisy knows no bounds,” Republican New York Rep. Elise Stefanik said on Twitter. “Do as I say, not as I do.”At a press briefing the following day, Cuomo discussed a change in his Thanksgiving plans, saying his daughter in Chicago and his mother would no longer be coming.”It’s hard to do, and it’s so much easier just to say, ‘We’ll do it the way we normally do it,"” he said during the briefing. “That’s the easy way. ‘Come over. We’ll be careful.’ It’s a mistake.””It’s hard, but sometimes hard is smart,” he added.Dining has also been a source of controversy for leaders. California Gov. Gavin Newsom faced backlash following reports that the Democrat attended a large dinner at a restaurant in Napa Valley. The event was attended by several couples outside his household, said Newsom, who has urged constituents to avoid social gatherings that mix households.In a statement, he said he and his family followed the restaurant’s health protocols but added they “should have modeled better behavior and not joined the dinner.””I made a bad mistake,” Newsom said during a press briefing a few days later.”The spirit of what I’m preaching all the time was contradicted, and I got to own that,” he said during the apology. “I need to preach and practice, not just preach and not practice, and I’ve done my best to do that. We’re all human. We all fall short sometimes.”Another California official has also been under the microscope for dining out during the pandemic.On Nov. 24, the Los Angeles Board of Supervisors voted 3-2 to prohibit outdoor dining for three weeks, effective the next day. Following the vote, Supervisor Sheila Kuehl, who voted in favor of the ban, dined outdoors at a restaurant, her spokesperson confirmed with ABC News. FOX 11 in Los Angeles first reported on the meal.”She ate there, taking appropriate precautions, and will not dine there again until our Public Health Orders permit,” her spokesperson said in a statement.During the board meeting, Kuehl said outdoor dining was “probably more dangerous in terms of contagion than any other kind of business,” according to a report by Los Angeles ABC station KABC-TV.”The hypocrisy on display from Democrat elected officials all across the country is unreal,” Republican National Committee Chair Ronna McDaniel said on Twitter following reports of Kuehl’s meal.The outdoor dining ban was in response to a surge in new COVID-19 cases in the county. Hospitalizations have also doubled since Nov. 13, health officials said this week. A modified stay-at-home order went into effect on Monday, additionally prohibiting all public and private gatherings with those not in someone’s household and closing playgrounds and card rooms.Copyright © 2020, ABC Audio. All rights reserved.

Fifth child tests positive for monkeypox in US: What parents should know