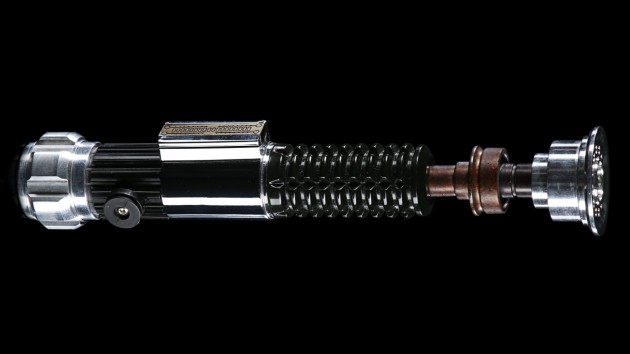 (LONDON) — Hundreds of pieces of Hollywood memorabilia were up for grabs in London earlier this week, and some fetched a fortune.

As part of Prop Store’s Entertainment Memorabilia Live Auction, one of Ewan McGregor’s lightsabers from Star Wars: Revenge of the Sith commanded just over $201,000, as did a remote controllable droid seen in Solo: A Star Wars Story.

Other items that fetched a pretty penny included a Keanu Reeves Neo costume from The Matrix Reloaded, which sold for more than $83,000, and a Japanese-style sword wielded by the late Sean Connery in Highlander, which fetched $67,000.

More than 900 pieces hit the block over more than 20 hours of bidding, including props from Top Gun, Alien, Tim Burton’s Batman, Fight Club, and Saving Private Ryan, as well as scripts, photos, and other treasures.

Here are some of the notable sales and what they went for, including auction fees:

Who was that masked man? New book takes a look at the history of cosplay