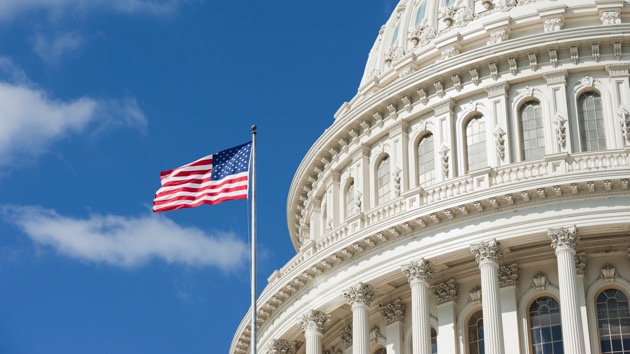 By JOHN PARKINSON, ABC News(WASHINGTON) — For the first time in congressional history, the House of Representatives voted to pass a measure that would decriminalize marijuana use at the federal level — months after pulling the bill amid worries the controversial vote could cause some lawmakers to lose tight races in November.The vote passed 228-164, mostly down party lines, with just five Republicans voting in favor of the measure. Six Democrats voted to oppose.While the federal government continues to criminalize cannabis, House Judiciary Chairman Jerry Nadler stressed that 36 states and the District of Columbia have legalized medical cannabis while 15 states and the District of Columbia have legalized cannabis for adult recreational use. Nadler said the legislation “would reverse the failed policy of criminalizing marijuana on the federal level and would take steps to address the heavy toll this policy has taken across the country, particularly on communities of color.””For far too long, we have treated marijuana as a criminal justice problem instead of as a matter of personal choice and public health. Whatever one’s views are on the use of marijuana for recreational or medicinal use, the policy of arrests, prosecution, and incarceration at the Federal level has proven unwise and unjust,” Nadler, D-N.Y., said during debate on the bill Friday morning. “I have long believed that the criminalization of marijuana has been a mistake, and the racially disparate enforcement of marijuana laws has only compounded this mistake, with serious consequences, particularly for communities of color.”Throughout the debate, Republicans spoke in opposition to the bill, blaming marijuana for increased traffic deaths and as a gateway drug.”Marijuana is one of the most abused substances on this planet,” Rep. Greg Murphy, R-N.C., argued. “Legalizing weed would create revenue from taxes, but at what cost? Do we then start legalizing cocaine? Marijuana is a gateway drug — make no mistake about that. It undoubtably leads to further and much more dangerous drug use.””It’s not a gateway drug,” Rep. Sheila Jackson Lee, D-Texas, countered. “There is ample scientific evidence demonstrating that the use of marijuana does not cause the use of other illicit substances. According to the National Institute on Drug Abuse, the majority of marijuana users do not use other harder substances.”Rep. Matt Gaetz, the only Republican co-sponsor of the bill, admitted the measure was “flawed” because it “uses cannabis policy to do a great deal of social engineering” to create new taxes, new programs and redistribution of assets. But Gaetz said he would still vote for the bill “because the federal government has lied to the people of this country about marijuana for a generation.””My Republican colleagues today will make a number of arguments against this bill, but those arguments are overwhelmingly losing with the American people,” Gaetz, R-Fla., said. “I’m going to vote for the MORE Act. It won’t pass the Senate. It won’t become law. We should come back in the 117th Congress and we should truly do more for our people.”Beyond decriminalizing cannabis, the Marijuana Opportunity, Reinvestment, and Expungement Act would also mandate a reassessment of prior marijuana convictions, invest in services for people caught up in the war on drugs and open Small Business Administration funding for legitimate cannabis-related businesses.Despite widespread support from Democrats in the House of Representatives, the bill stands almost no chance of becoming law in the current session of Congress due to a Republican firewall in the Senate and President Donald Trump still occupying the White House.President-elect Joe Biden campaigned in favor of decriminalizing marijuana, but even after Biden is inaugurated in January, Democrats would have to pass the measure not just through the House again but also clear it through the Senate. The upper chamber’s majority control is still up for grabs — with two runoff elections in Georgia scheduled early next month — but the legislation would be subject to a 60-vote threshold to advance through the Senate and on to the Resolute Desk.Although the measure has collected dust since passing through the House Judiciary Committee last November, the timing of Friday’s floor vote more than a year later allows many Democrats to celebrate a promise to pass the bill before the end of the current session of Congress.Oregon Democratic Rep. Earl Blumenauer, one of the bill’s original sponsors, presided over the House debate on the measure Thursday wearing a face mask featuring cannabis leaves.

I’ve been waiting for this moment for 47 years. To preside during this debate is a true honor. #EndCannabisProhibition pic.twitter.com/6lqiV09Dfn

Across the aisle, Republicans continued to criticize Democratic priorities in the midst of a pandemic when floor time is limited and considered precious to lawmakers — Democrats and Republicans alike.”Democrats want to focus on cannabis and cats, not COVID relief,” House Minority Leader Kevin McCarthy, R-Calif., told reporters at a news conference in the Capitol on Thursday. “You’d think after a humiliating defeat at the ballot box this year, where Democrats didn’t defeat one Republican incumbent, that Democrats would get the picture that Americans are demanding action on issues that matter to them.”

Nancy Pelosi needs to get her priorities straight.Millions of Americans are struggling to pay bills & small businesses are shutting their doors for good & all she cares about is marijuana & tigers.Delivering aid to Americans in need should be our only priority right now.

While the prolonged stalemate over the next phase of COVID-19 relief persists, lawmakers still haven’t come together on other must-pass legislation on the agenda that will require bipartisan cooperation, including an agreement to fund the government. Congress has just five legislative days remaining on the schedule before a potential government shutdown on Dec. 11.Still, Rep. Jim McGovern, chair of the House Rules Committee, called on lawmakers “to take a stand” for “restorative justice, to stand for racial justice, to stand for criminal justice reform, and to stand with the majority of Americans demanding reforms to our nation’s cannabis policy.””Some, particularly on the other side, have wondered why we are moving forward with these reforms now. We must soon fund the government for the next fiscal year and pass the annual defense bill,” McGovern, D-Mass., said during debate on the bill Thursday. “We have a lot to do in the waning days of this Congress. I get that. But the answer is simple: This is not an either-or proposition. Congress can walk and chew gum at the same time.”Copyright © 2020, ABC Audio. All rights reserved.