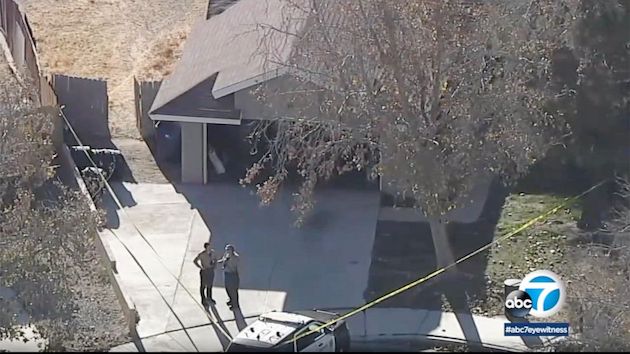 (LANCASTER, Calif.) — A Lancaster, California, man has been arrested for allegedly killing and decapitating his son and daughter, police said.

Firefighters initially responded to a possible gas leak at the house in the 45000 block of Century Circle after 7:30 a.m. Friday. Upon entering, they discovered the bodies of a 12-year-boy and 13-year-old girl, the Los Angeles County Sheriff’s Department said in a news release.

L.A. County Sheriff’s Department Lancaster Station deputies were immediately summoned to the scene, where they “learned that the deceased male and female both appeared to be suffering from lacerations and stab wounds,” the release states.

On Twitter, the LASD announced that homicide detectives responded to the 45000 block of Century Circle regarding the death of two victims. The victims were pronounced dead at the scene.

One male and one adult female were also found at the house, along with two other children who were questioned by homicide investigators Friday afternoon.

The relationship between the victims and the other four people found in the house is still unknown.

Detectives arrested Maurice Taylor Sr., who police described as a Black 34-year-old male, for “the murder of his 12-year-old son and 13-year-old daughter.”

He was booked at Lancaster station and is being held with a bail of $2 million.

The investigation is ongoing.