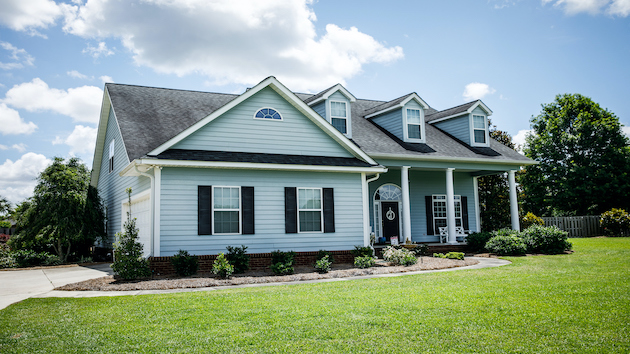 (NEW YORK) — The COVID-19 pandemic has disproportionately impacted Black Americans, who have been dying at higher rates from the virus as well as grappling with high unemployment and worsening economic conditions.

But amid mounting financial struggles, economic experts have noted an unexpected development: Homeownership is on the rise during the pandemic among all racial and ethnic groups, and the rise has been partly fueled by a surge in home-buying among Black millennials.

Lawrence Yun, chief economist at the National Association of Realtors (NAR), told ABC News that despite the “awful” economic conditions, “a surprise” for economists has been that homeownership is surging among millennials overall, and of those buyers, Black millennials have been buying homes at higher rates and have disproportionately contributed to the surge in Black homeownership.

“One can make an inference that the millennial Black Americans are not only participating in this [surge] in home sales, but they are a big contributor,” Yun told ABC News.

According to a November NAR report, 5% of homebuyers during the first three quarters of 2020 were Black, compared to 4% in 2019.

Andre Perry, a fellow at the Brookings Institution and the author of “Know Your Price: Valuing Black Lives and Property in America’s Black Cities,” said that the recent surge demonstrates the “buying power” of millennials compared to Baby Boomers and Gen Xers.

While many older Americans lost their homes during the Great Recession of 2008, which “destroyed” their credit, Perry said, millennials, many of whom were joining the job market during that time, learned the importance of saving and investing.

“This new surge or uptick in the homeownership rate is really about the buying power of millennials and the consciousness that, hey, in order for me to really have a stake in my community and in my country, I need to own, and I do think that millennials really understand this idea,” Perry told ABC News, adding that ownership is especially valued among Black Americans, who have been historically prevented from “accruing wealth.”

This surge in homeownership comes amid high unemployment that, according to the latest jobs report, is disproportionately impacting Black Americans.

But according to experts, some higher-income Americans, including Black millennials, have been able to save money and remain stable during the pandemic.

Yun said that “record low” mortgage rates, which expanded the pool of qualified buyers, contributed to an increase in home buying, as did the “work-from-home phenomenon,” which led many — especially among 26- to 39-year-olds whose jobs have been more “secure” during the pandemic — to seek more space or move out of cities into the suburbs.

Perry, who is not a millennial but bought a new home himself in October, moved from Washington, D.C. to a suburb in Prince George’s County, Maryland.

“People are looking for homes in the suburbs, where property can be cheaper,” Perry said, adding that some prices are lower “because of the devaluation of property in Black neighborhoods.”

Despite the surge in home ownership among Black millennials, there still is a “large gap” in homeownership rates between Black Americans (46.4%) and white Americans (75.8%), according to Yun.

“It’s not about will. Black people want to buy a home,” Perry said, but “there are still barriers” and “discriminatory policies” in place.

“Black Americans want a piece of the American dream, and if we’re truly about correcting injustices, we will make sure that millennials lead the way for other generations — older and younger,” he added.