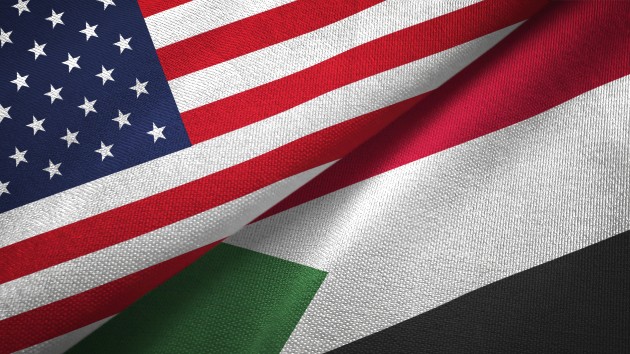 By CONOR FINNEGAN, ABC News(WASHINGTON) — The Trump administration has offered to create a $150 million fund for victims of the 1998 embassy bombings who have become U.S. citizens, according to State Department documents obtained exclusively by ABC News.The proposal is a breakthrough to resolve issues around the deal signed by Sudan and the Trump administration last month, which has been held up by two senior Democratic senators.But critical issues remain, especially the rights of Sept. 11 victims to pursue litigation against Sudan. With just days until Congress adjourns until 2021, the pressure is on to find a solution and finalize a deal.At stake is the future of Sudan, Africa’s third-largest country now governed by a precarious transitional government that splits power between a civilian prime minister and a military chief after 30 years of oppressive autocratic rule, as well as President Donald Trump’s push for the country to normalize relations with Israel.The proposal would “provide needed and well-deserved support to a transition in Sudan that is in our strategic interest, ensure fairness to victims of terrorism, and would protect the ground-breaking efforts to transform relations between Israel and its neighbors in the region,” Deputy Secretary of State Stephen Biegun said in a letter to senior lawmakers Sunday that was obtained by ABC News.An about-face from the Trump administration on a key issue, the proposal was welcomed by Doreen Oport, who had worked at the U.S. embassy in Nairobi for 15 years when the blasts left her pinned beneath the rubble. Oport later moved to the U.S. and became an American citizen.”The embassy bombing victims have been grateful for the support we’ve received from our champions in Congress for an equitable and just deal. We are waiting to see final language from Congress, but we are hopeful that a fairer settlement can be achieved,” she said in a statement to ABC News.Negotiations between the State Department and Sen. Chuck Schumer, D-N.Y., and Bob Menendez, D-N.J., who have blocked the deal, continued late into Monday evening, when the two sides held a two-hour call on the new proposal, but achieved no progress, according to a Senate aide.

The clock is ticking in KhartoumBeset by economic crisis, high inflation, COVID-19 and recent flooding, Sudan is desperate for U.S. assistance and international investment, which remain largely at bay after years of sanctions and ongoing legal hurdles.Trump has taken steps to assist, providing emergency food aid and lifting the state sponsor of terrorism designation on Sudan — the toughest of U.S. sanctions that have crippled the country’s economy and barred financial assistance from institutions like the World Bank.That decision, announced in late October, came after the U.S. and Sudan reached a deal for Sudan to pay $335 million to the victims of al-Qaida’s bombings of the U.S. embassies in Kenya and Tanzania.The attacks in August 1998 killed 213 people, including 12 American citizens in Nairobi, and wounded 4,500 more. Omar al-Bashir, Sudan’s strongman leader who was ousted last year by mass protests, provided safe haven to the attackers.The funds will also compensate victims of al-Qaida’s 2000 attack on the USS Cole and the family of John Granville, a USAID employee killed in Sudan in 2008.That money was moved into escrow this fall, but none of the victims will see a penny unless Congress approves the U.S.-Sudan deal and passes legislation to restore Sudan’s sovereign immunity — a legal term meaning it cannot be sued as a sovereign state.

Inside negotiations between lawmakers, State Dept.For months, Schumer and Menendez have demanded that 9/11 victims maintain their right to sue Sudan for any role in those attacks, which would be undermined by removing the state sponsor of terrorism designation.Sudan has never been found liable for the 9/11 attacks. After Osama bin Laden left Sudan in 1996, “It appears that the Sudanese government expropriated all his assets; he left Sudan with practically nothing. Nor were bin Ladin’s assets in Sudan a source of money for al Qaeda,” the 9/11 Commission, the independent body that investigated the attacks, found in 2004.The two senators also demanded that 15 local embassy employees, who later became U.S. citizens, get the same compensation as those who were U.S. citizens at the time.Instead, the deal reached by the administration provides $10 million for Americans killed in the blast, $3 million for those injured, $800,000 for foreign citizens working at the U.S. embassy who were killed and $400,000 for those foreigners injured. Payments would have been based on an individual’s citizenship at the time.But in Biegun’s letter Sunday, the State Department told lawmakers that the administration would now set up a U.S. fund of up to $150 million to provide equal compensation to naturalized citizens, calling on Congress to appropriate the funding.In their own letters last week, Schumer and Menendez joined with Sen. Chris Coons, D-Del., and Dianne Feinstein, D-Calif., to propose that those funds come from the $2.8 billion Goldman Sachs was required to pay the U.S. government for its role in a massive corruption scheme with 1Malaysia Development Berhad. It’s unclear if Congress, particularly Republicans, will agree to taxpayers funding those payouts.”It’s encouraging that the State Department found its way to be able to make this major concession to Sen. Menendez and try to clear his longstanding objection to the legislation. But there’s still a lot of work to do,” said a source familiar with the negotiations.The State Department did not respond to ABC News’ questions or requests for comment.The major impediment is litigation by 9/11 victims, and Biegun’s letter did not offer any new concessions on that front.Menendez had previously “requested changes to ‘ensure that 9/11 claims are not terminated or otherwise disadvantaged’… The revised text satisfies this request,” Biegun wrote, arguing the deal won’t extinguish victims’ right to litigation because even without the state sponsor of terrorism designation, 9/11 victims can sue Sudan under another part of U.S. law.Biegun’s letter also makes clear the administration has proposed some measures to strengthen 9/11 victims’ rights by explicitly preserving that right in their proposed legislation and ensuring that nearly all of Sudan’s assets could be seized if victims win a judgment against the country.In the meantime, the administration has also proposed extending the Victims of State Sponsored Terrorism Fund by nine years, providing greater financial compensation for 9/11 victims and others through the account, which to date has paid out over $537 million.But those measures are still not enough to win over Schumer or Menendez, who want to maintain 9/11 victims’ rights to sue under the Foreign Sovereign Immunities Act, which has more teeth than other legislation.Congress is set to dismiss at the end of the week, with a series of higher priority pieces of legislation still on the table — including avoiding a government shutdown, providing COVID-19 relief and passing the annual defense policy bill.”There’s so many good reasons to enact this legislation, and now Democrats and Republicans and the administration and the 9/11 plaintiffs have to find that compromise to allow all those things to move forward,” said the source familiar.Copyright © 2020, ABC Audio. All rights reserved.