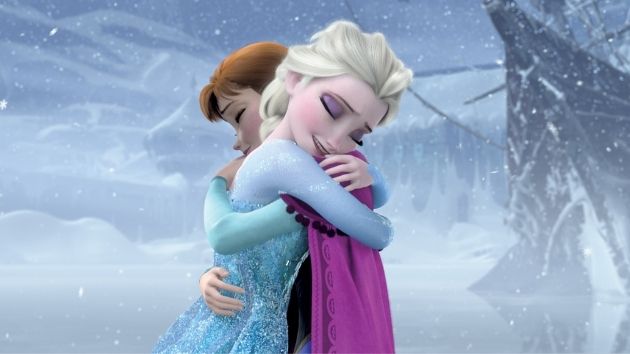 (LOS ANGELES) — When Frozen 2 premiered in theaters last year, songwriters Kristen Anderson-Lopez and Robert Lopez had no idea of the impact the movie would have on the 2020 audience.

Robert and Kristen, the Oscar-winning husband and wife team behind the music of both Frozen films, spoke to ABC Audio about how Elsa and Anna’s challenges resonated with an audience adjusting to a new normal.

“To me the main strength of Frozen 2 is that it is about change,” explains Robert. “I think that the themes that they touch are applicable to a society that is going through maybe the most change that society has gone through in a hundred years!”

Kristen says the songs “Into the Unknown” and “Show Yourself,” which are about Elsa finding her destiny, now speak to the world’s collective resilience during these uncertain times.

“We do show ourselves in these times of adversity, the strength that we didn’t think we had,” Anderson-Lopez notes. “In my 15-year old’s case, the strength to do all this virtual learning and find a way to keep her friendships.”

The Grammy-nominated “Into the Unknown,” Kristen adds, sums up what many were feeling at the start of the pandemic.

“The stakes of the song are sort of this call that is dangerous and…forces Elsa to take action,” she said. “I think that does resonate with the current situation of everybody kind of being lost in the woods having to find their way forward.”

You can hear more from Kristen and Robert in a special bonus episode of ABC Audio’s Inside Frozen 2 podcast,  available for streaming now.