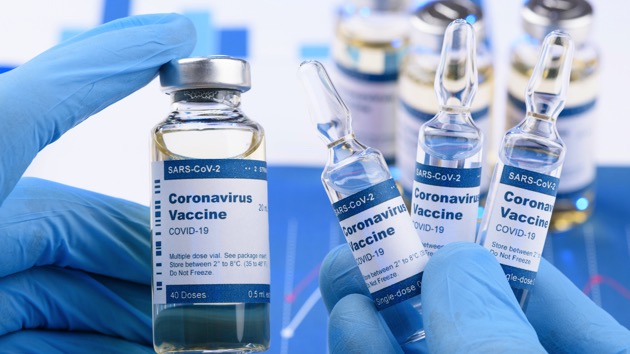 By ERIN SCHUMAKER, ABC News(NEW YORK) — While rich countries have purchased enough coronavirus vaccine doses to inoculate their populations three times over next year, 90% of people in poor countries won’t be able to get the vaccine in 2021, according to a new report.Doses of two of the most promising vaccines have been almost completely bought up by wealthy nations, with 96% of Pfizer’s vaccine and 100% of Moderna’s vaccine acquired by the rich, the report found.In comparison, Oxford/AstraZeneca pledged more than half of its doses to developing nations, according to the report, which was published by the People’s Vaccine Allowance, a collective including Amnesty International, Frontline AIDS, Global Justice Now and Oxfam.While Kenya, Myanmar, Nigeria, Pakistan and Ukraine have more than 1.4 million COVID-19 cases between them, according to Johns Hopkins University, they’ll only have access to vaccines through COVAX, the global vaccine sharing program.Canada, on the other hand, which has only reported 432,870 infections, has cut direct deals with vaccine makers and purchased enough doses to vaccinate each Canadian citizen five times, the report found.Unequal vaccine distribution is a concern that Dr. Tedros Adhanom Ghebreyesus, director of the World Health Organization, has raised repeatedly over the course of the pandemic.”Every government rightly wants to do everything it can to protect its people,” Tedros said during a November press conference. “But there is now a real risk that the poorest and most vulnerable will be trampled in the stampede for vaccines.”Copyright © 2020, ABC Audio. All rights reserved.