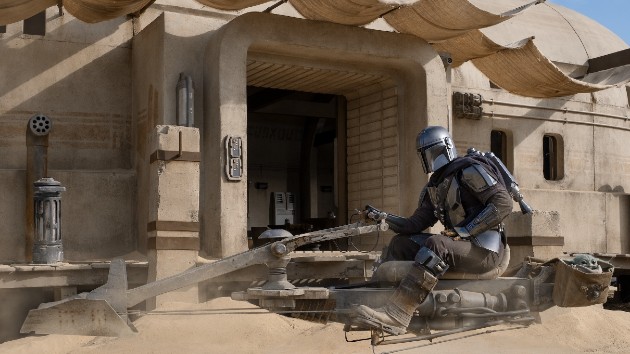 (LOS ANGELES) — On Thursday, The Walt Disney Company held a virtual streaming event called Investor Day 2020, during which it announced that nine new Star Wars series will debut on Disney+, which is now more than 86 million subscribers strong.

Disney had hinted about a “significant expansion” of the Star Wars universe, but even the most die-hard Mandalorian fan might not have predicted quite this many shows centered on that galaxy far, far away.

As for the TV shows:

Ahsoka — A Mandalorian spin-off centering on Rosario Dawson’s former Jedi Ahsoka Tano.Rangers of the New Republic — A series set during the events of The Mandalorian.Andor — A Rogue One spin-off centering on star and executive producer Diego Luna’s Rebel spy Cassian Andor.Obi-Wan Kenobi — A series centering on Ewan McGregor’s Jedi Master that takes place after the events of Star Wars: Episode III – Revenge of the Sith. And fans will be thrilled at the fact that Hayden Christensen will reprise his role as Anakin Skywalker/Darth VaderThe Bad Batch — An animated spin-off from Star Wars: The Clone Wars centering on a group of specially trained clone troopers.Lando — A series based on the early days of the swashbuckling smuggler who was played by Donald Glover in Solo: A Star Wars StoryStar Wars: Visions — An animated anthology of Star Wars tales from acclaimed anime artists.

The Acolyte — A series set long before the events of the previous Star Wars films. It’s descirbed as a “mystery-thriller that will take viewers into a galaxy of shadowy secrets and emerging dark-side powers in the final days of the High Republic era.”A Droid Story — R2-D2 and C-3PO are leading this series based on a secret mission undertaken by the pair.