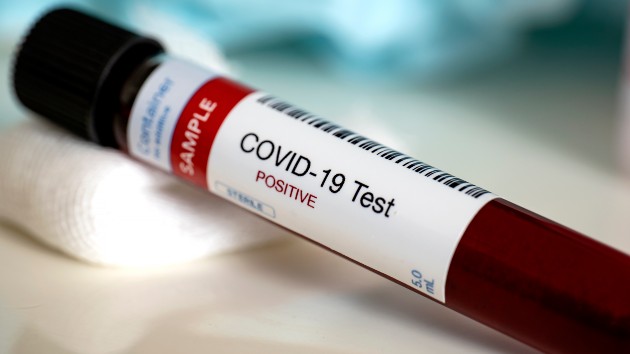 (NEW YORK) — A pandemic of the novel coronavirus has now infected more than 69 million people and killed over 1.5 million worldwide, according to real-time data compiled by the Center for Systems Science and Engineering at Johns Hopkins University.

Here’s how the news developed Thursday. All times Eastern:

Dec 10, 9:35 pmMayor: In LA, ‘someone is dying of COVID-19 every 20 minutes’Los Angeles Mayor Eric Garcetti shared “astounding” COVID-19 figures in a press briefing Thursday.”In Los Angeles, someone is dying of COVID-19 every 20 minutes,” the mayor said, as he reported that there were 74 new deaths from the virus in the county.Los Angeles County reported a record 12,819 new COVID-19 cases, surpassing Sunday’s record of 10,528. Cases have increased 1,000% in the past month-and-a-half, the mayor said.Intensive care unit bed capacity has also dropped to 7.7%, he said. “Today’s COVID-19 data from LA County is the most devastating since the start of this pandemic,” Garcetti said. The mayor said there is a “light at the end of the tunnel.” LA County could begin distributing vaccines early next week if one is authorized soon, he said.The county could receive up to 83,000 doses in the next couple of days, and as many as 500,000 doses by the end of December, he said.”I urge all Angelinos to get vaccinated as soon as they qualify,” Garcetti said. “The end of this pandemic is finally, finally in sight.”Dec 10, 9:07 pmDeaths up 44% week-over-week in US: HHSThe number of COVID-19 deaths in the U.S. increased dramatically in the past week, according to an internal memo from the U.S. Department of Health and Human Services obtained by ABC News Thursday night.There were 16,237 deaths recorded from Dec. 4-10, marking a 44.3% increase in new deaths compared with the previous seven-day period, the memo said. There were 1,449,322 new cases confirmed during that period — a 26.9% increase week-over-week, according to the memo. Across the country, 30% of hospitals have more than 80% of their intensive care unit beds filled, and 31% of ventilators in use are occupied by COVID-19 patients, HHS said.Several states are seeing hospital strain.COVID-19 hospitalizations in Nevada doubled from mid-October to mid-November, and projections show hospital capacity being surpassed in the next 30 days, HHS said.   In Pennsylvania, the seven-day hospitalization rate hit a new four-month peak on Dec. 6, and officials warned that hospitals will be overwhelmed if residents do not take precautions, the memo said.  Dec 10, 7:17 pm’Worst week yet’ in US: COVID Tracking ProjectThe U.S. had its “worst week yet” during the pandemic in terms of COVID-19 deaths, according to an analysis by the COVID Tracking Project.The seven-day average of reported deaths per day surpassed 2,000 this week for the first time since the spring. As of Dec. 9, that number was 2,281, a new record.New COVID-19 deaths also set a record high this week, with 3,088 reported on Thursday.  As the number of new cases and current hospitalizations continue to climb, “the worst is yet to come,” the COVID Tracking Project warned.”Given the rapid increase in the number of new cases, we expect the metrics for hospitalizations and deaths to continue to rise in the coming weeks — especially if in-person gatherings over Thanksgiving led to increased spread of the novel coronavirus, as public health experts warned,” it said.Dec 10, 5:49 pmFDA panel votes yes to recommend Pfizer vaccineAn independent advisory panel of infectious disease experts, doctors and scientists recommended Thursday that the U.S. government authorize the nation’s first vaccine for people over the age of 16. It’s a major milestone in the effort to get the vaccine to hospitals and pharmacies.After hours of drilling down into data produced from a clinical trial involving 44,000 people, the group of experts — known as the Vaccines and Related Biological Products Advisory Committee — voted in favor of the vaccine for people over 16 years of age. Several members raised concerns about unknowns about the vaccine, including its potential to trigger allergic reactions and little data on how it impacts pregnant women.Several panel members also expressed concern there wasn’t enough data to support giving the vaccines to 16- and 17-year-olds. At issue was this question: “Based on the totality of scientific evidence available, do the benefits of the Pfizer-BioNTech COVID-19 Vaccine outweigh its risks for use in individuals 16 years of age and older?”The panel voted 17-4 that the benefits outweighed the risks. One member of the committee abstained.The U.S. Food and Drug Administration will now take the committee’s input into account in issuing an emergency use authorization. Dec 10, 4:46 pmPennsylvania suspends indoor diningIndoor dining and gyms will be suspended in Pennsylvania beginning Saturday, Gov. Tom Wolf announced.Indoor gatherings will be limited to 10 people, he said.Wolf announced the new restrictions one day after revealing that he tested positive for COVID-19.Pennsylvania has over 422,000 confirmed cases and has lost at least 12,010 residents to the virus.

Dec 10, 3:35 pmCalifornia reports record number of daily deathsCalifornia reported 220 deaths on Thursday, surpassing the previous record of 219 on July 31.With the average daily number of deaths climbing over the last month, the state’s death toll now stands at 20,463.California Gov. Gavin Newsom has ordered regions to follow a stay-at-home order if their intensive care unit capacity falls below 15%.The San Joaquin Valley — where capacity is at 1.9% — and Southern California — where capacity is at 7.7% — are under stay-at-home orders until at least Dec. 28.The Greater Sacramento region now meets the criteria and a stay-at-home order will go into effect Thursday night.Just two regions, the Bay Area and Northern California, are not under stay-at-home orders.Dec 10, 2:39 pmUtah teachers could get vaccine this monthUtah teachers and school administrators will be eligible to receive COVID-19 vaccines as a part of phase one, directly after health care workers, Gov. Gary Herbert said.

Herbert said he expects teachers will be able to be vaccinated by the end of December or early January.

Argentina announced it will begin administering doses of Russia’s Sputnik V vaccine later this month.”When the Russian vaccine is in Argentina, the first person to get it will be me,” President Alberto Fernandez said. “I have no doubt in the quality of the vaccine.”Russia on Saturday began vaccinations with Sputnik V, which hasn’t yet gone through the late-stage trials required in the U.S.

Dec 10, 12:12 pmHHS officials acknowledge staffing struggleJonathan Greene, deputy assistant secretary for operations and resources at the Department of Health and Human Services, acknowledged in a briefing call that the agency is not able to provide the number of health care workers states are requesting.HHS and FEMA have been “very judicious” in using and moving health care workers, providing 300 to 400 nationwide, which matches the number deployed during the first surge in the spring, Greene said. Fewer were deployed over the summer, mimicking the case curve.About 3,100 can be deployed nationally, but Greene admitted the system is designed more for situations like hurricanes than for pandemics.“It works less well when we’re talking about a pandemic where everyone needs all of these providers all at once. And certainly when we activate and deploy these people and take them out of their full-time jobs and put them somewhere else, it reduces the capacity in the places where they come from,” he said.Greene emphasized that local health systems ought to look to nontraditional health care providers and locations for back-up before looking to the federal government for staffing resources.ABC News’ Sarah Kolinovsky contributed to this report.Dec 10, 12:07 pmEllen DeGeneres tests positiveEllen DeGeneres said Thursday that she’s tested positive for COVID-19 and is “feeling fine.”“Anyone who has been in close contact with me has been notified, and I am following all proper guidelines,” the talk show host said.

Dec 10, 11:13 amNYC schools aim to close ‘COVID achievement gap’New York City Mayor Bill de Blasio unveiled his 2021 student achievement plan, which will focus on getting students caught up after, for some, 18 months of remote learning. “Clearly there will be a COVID achievement gap and we have to close that COVID achievement gap,” the mayor said.Schools Chancellor Richard Carranza said the plan is to: get a baseline of what ground was lost; increase the high-quality digital curriculum available for every single school; launch a one-stop digital learning hub; deepen professional development; expand Parent University (the “online learning and empowerment platform” for families); and confront the trauma and mental health crisis within schools.ABC News’ Aaron Katersky contributed to this report.

In South Korea, more than 3,000 COVID-19 patients were identified in the last week, and in the Seoul area, as of Wednesday, 506 were unable to be taken to hospitals this week due to bed shortages, Yonhap reported.South Korea reported 682 new cases and eight more deaths on Thursday, the Korea Disease Control and Prevention Agency reported.  The nation now has over 40,000 confirmed cases.

The Vaccines and Related Biological Products Advisory Committee, an independent panel of infectious disease experts, doctors and scientists, is meeting Thursday to recommend if the Pfizer vaccine should be considered safe and effective in the U.S.Food and Drug Administration Commissioner Stephen Hahn told ABC News’ Good Morning America Thursday that he wouldn’t “prejudge” what the advisory committee would vote, but said the FDA will act “quickly” afterward.

“FDA’s reviewers are mothers, fathers, brothers, sisters. We totally understand the urgency of this situation, and we are working around the clock on behalf of America,” Hahn said. “FDA scientists are known around the world for their expertise. We are a regulatory gold standard for the authorization or approval of medical products, including vaccines. We intend to do and we have done a very thorough review to get this right, to get all the answers we possibly can from the data.”

Hahn also said the FDA was “working very closely with our U.K. partners” after two people who received the vaccine in the U.K. had severe allergic reactions.Hahn told NBC that it was “possible” that the FDA could advise people with significant allergies to not get the vaccine.   Hahn said the allergy issue would be discussed at Thursday’s meeting but added that the FDA stands by “our initial assessment” that Pfizer’s vaccine “does meet our criteria.”

Dec 10, 4:31 amUS on verge of grim milestone: 290,000 deaths from COVIDJust as the U.S. surpassed 280,000 deaths from coronavirus on Saturday, Dec. 5, the country is likely to pass 290,000 deaths later today.The current death toll stands at 289,373, according to the latest data compiled by Johns Hopkins University.This comes on the heels of new records reported yesterday in highest single-day total and seven-day average of new daily deaths — 3,054 and 2,276 respectively — according to The COVID Tracking Project.

Gwinnett Sheriff-elect Keybo Taylor and Henry County Sheriff-elect Reginald Scandrett also said they tested positive for COVID-19. Others who attended the conference are quarantining in their homes as they await their COVID-19 test results.

“We urge all Georgians to follow the advice of our dedicated health care workers and to wear masks and socially distance,” the sheriffs said in a joint statement. “While the vaccine is forthcoming, the pandemic is not over yet, and we must all remain diligent to ensure the safety of our communities.”Copyright © 2020, ABC Audio. All rights reserved.