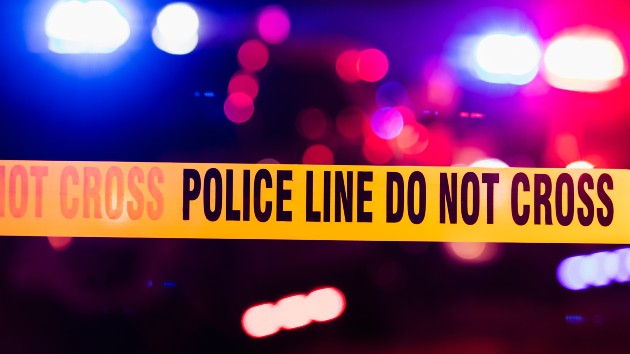 (Enid, OK) An Enid man has been arrested for the shooting death of an Enid woman that took place in late November.

Perosi can potentially be charged with one count of first-degree murder and one count of possession of firearm after former felony conviction.

On Nov. 29th, the Enid Police Department responded to a 911 call of a woman found lying in the north alleyway of the 700 block of West Nagel Avenue. Officers arrived on the scene and found Ferguson, who had been shot in the head and was dead upon arrival, according to an affidavit from EPD.

In the EPD affidavit, it mentions that video surveillance from the neighborhood, where Ferguson’s body was found, showed Ferguson walking alone on Rush Avenue. She was then joined by a man, who is allegedly Perosi, wearing a black jacket and a cowboy hat. They were last seen on video walking into the alleyway of West Nagel Aevnue, where Ferguson’s body was later found.

On Dec. 1st, the EPD received an anonymous tip connecting Perosi to Ferguson’s death. Officers and members of the EPD’s SWAT team served a search warrant at 601 1/2 W. Rush Avenue, where Perosi was found later that day.

A jacket that matched the one seen in the video, a shotgun and a motorcycle were all seized from the residence, according to the EPD affidavit.

Perosi was taken to the police station to be questioned by police, where he confessed to the shooting and killed Ferguson for allegedly “stealing from him,” according to the affidavit. Perosi was taken into Garfield County Detention Facility.