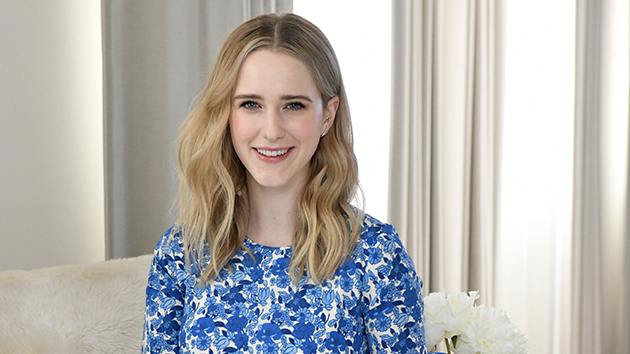 (NEW YORK) — Rachel Brosnahan stars in the new film I’m Your Woman, premiering today on Amazon Prime, and says the part was a bit of stretch.

Brosnahan describes the movie as “a quiet woman’s journey towards becoming the hero of her own story,” but the Marvelous Mrs. Maisel star tells ABC Audio she didn’t exactly identify with the character.

“I am not a quiet woman, much to my parents’ chagrin,” she says. “[But] I don’t always consider myself a confident one.  But you have to be given permission to use your voice and to feel like it’s valuable.  And that’s something that I recognize as a woman who should probably sometimes use it a little bit less.”

“[It’s] a real privilege,” she continues. “And Jeanne is someone who has at some point been taught that perhaps her voice isn’t as valuable.

The role also proved to be a bit of a challenge for the 30-year-old actress, who doesn’t have any children of her own.

Says Brosnahan, “I have a whole new respect for the strength of mothers everywhere, quite literally, physically, emotionally and I’m only playing one in the movie, but I definitely got a little bit of mom arm.  I got really strong [on] one side.”

By the way, for nearly half the movie, that baby she’s carrying throughout the film is crying, but Rachel swears no babies were harmed in the making of the movie.

“Nobody’s pinching babies on the set!” she assured. So how did they do it?

“The trick to that…is that we had twins. And…the more sensitive baby they like to face outward.  That was how they were the most comfortable.  And…[we] would sometimes just sort of hold them differently.”