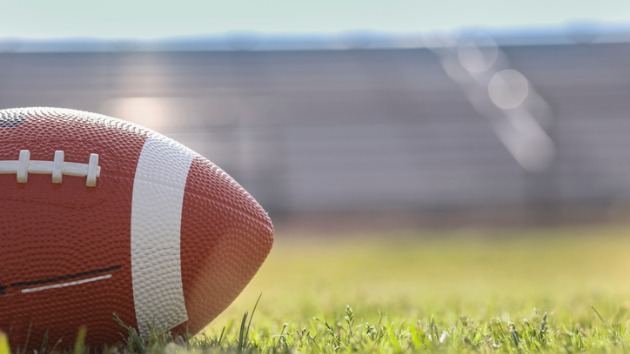 By MEREDITH DELISO, ABC News(NEW YORK) — College athlete Sarah Fuller has made history again — this time as the first woman to score in a Power 5 football game.The Vanderbilt kicker scored an extra point in the first half after a Commodores touchdown against Tennessee on Saturday, tying the game 7-7.The home game marked the soccer champion’s second time playing for Vanderbilt’s football team this season.On Nov. 28, Fuller became the first woman to play in a Power 5 football game when she kicked off for Vanderbilt to start the second half of a game against Missouri.”I just want to tell all the girls out there that you can do anything you set your mind to, you really can,” Fuller told reporters after the game in Missouri. “And if you have that mentality all the way through, you can do big things.”Following that game, Vanderbilt interim coach Todd Fitch told reporters that Fuller, who was recruited as a kicker after several of the football team’s specialists had to quarantine due to COVID-19 testing, would continue practicing with the team.The senior was a goalkeeper on Vanderbilt’s Southeastern Conference championship-winning soccer team this season.She is the third woman to play in a Football Bowl Subdivision game.Copyright © 2020, ABC Audio. All rights reserved.