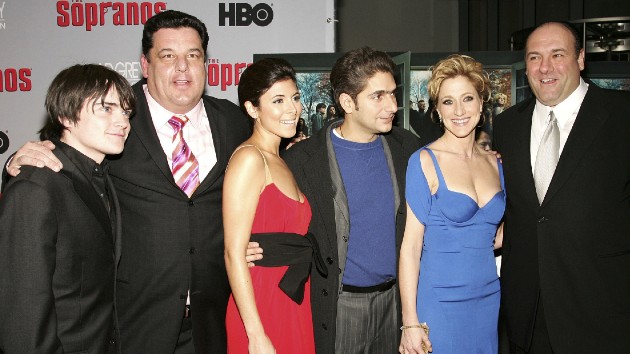 Members of "The Sopranos" cast in 2006 - Evan Agostini/Getty Images

(NEW YORK) — For the first time since the Emmy-winning HBO show’s 20th anniversary, the cast and creators of The Sopranos will reunite, for a good cause.

The mob, including creator David Chase, and stars including Steve Buscemi, Edie Falco, Michael Imperioli, Robert Iler, Drea de Matteo, Vincent Pastore, Steve Schirripa, and Jamie-Lynn Sigler, will join together on December 18 for a virtual event benefiting Friends of Firefighters.  The charity was founded in the aftermath of 9/11 to support active and retired New York City firefighters and their families.

You can donate to Friends of Firefighters yourself, by giving at Tiltify.com.

Incidentally, Steve Buscemi himself was once an NYFD fireman, and he spent hours volunteering on The Pile, the name for the Ground Zero site where the World Trade Center once stood, to aid recovery efforts for the 343 fire fighters that were killed on September 11, 2001.

The Sopranos aired for six seasons on HBO beginning in 1999 and won 21 Primetime Emmy Awards. A prequel film, The Many Saints of Newark, starring Michael Gandolfini as Tony Soprano, his late father James’ role, will hit theaters and HBO Max later this year.