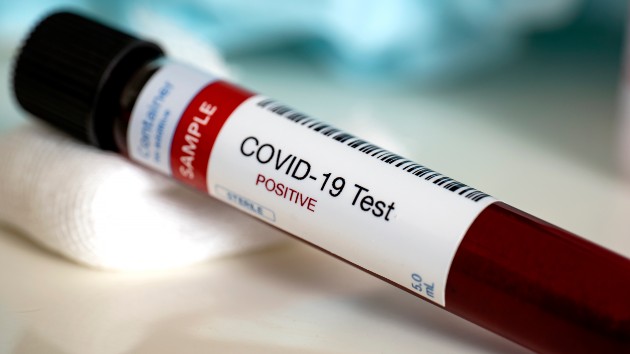 By MORGAN WINSOR, ABC News(NEW YORK) — A pandemic of the novel coronavirus has now infected more than 72.2 million people and killed over 1.6 million worldwide, according to real-time data compiled by the Center for Systems Science and Engineering at Johns Hopkins University.Here’s how the news is developing Monday. All times Eastern:Dec 14, 5:09 amUS reports over 190,000 new casesThere were 190,920 new cases of COVID-19 confirmed in the United States on Sunday, according to a real-time count kept by Johns Hopkins University.It’s the 41st straight day that the U.S. has reported over 100,000 newly diagnosed infections. Sunday’s tally is less than the country’s all-time high of 231,775 new cases confirmed on Dec. 11, according to Johns Hopkins data.An additional 1,389 deaths from the disease were also registered nationwide on Sunday, down from a peak of 3,300 fatalities on Dec. 11, according to Johns Hopkins data.A total of 16,256,754 people in the U.S. have been diagnosed with COVID-19 since the pandemic began, and at least 299,177 of them have died, according to Johns Hopkins data. The cases include people from all 50 U.S. states, Washington, D.C., and other U.S. territories as well as repatriated citizens.Much of the country was under lockdown by the end of March as the first wave of pandemic hit. By May 20, all U.S. states had begun lifting stay-at-home orders and other restrictions put in place to curb the spread of the novel coronavirus. The day-to-day increase in the country’s cases then hovered around 20,000 for a couple of weeks before shooting back up over the summer.The numbers lingered around 40,000 to 50,000 from mid-August through early October before surging again to record levels, crossing 100,000 for the first time on Nov. 4 and reaching 200,000 for the first time on Nov. 27.

Dec 14, 4:28 amLos Angeles receives its first batch of COVID-19 vaccine dosesA first batch of COVID-19 vaccine doses has arrived in Los Angeles.The precious cargo touched down at Los Angeles International Airport on Sunday night.”This is a major milestone for science, our country and our community,” the airport posted on its official Twitter account, alongside photos of a FedEx plane. “Thank you to all those who made this delivery possible, and are part of the incredible effort to distribute vaccines around the world.”Last week, the U.S. Food and Drug Administration authorized a COVID-19 vaccine for emergency use that was developed by American pharmaceutical giant Pfizer and its German partner BioNTech. Pfizer had said it expects to have vaccine doses shipping out of its facility in Kalamazoo, Michigan, on Sunday morning.U.S. Army Gen. Gustave Perna, the chief operating officer of Operation Warp Speed, the federal government’s vaccine program, said the first shipments are expected to arrive at 145 sites across the country by Monday, 425 sites on Tuesday and another 66 sites on Wednesday.Copyright © 2020, ABC Audio. All rights reserved.