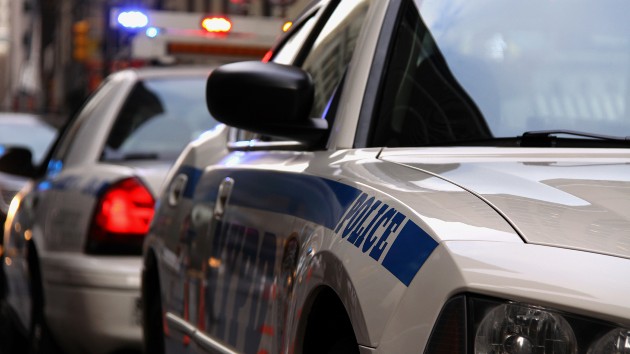 (NEW YORK) — Police shot and killed an armed suspect who allegedly opened fire outside a Manhattan cathedral Sunday as carolers sang on the steps of the church, according to the New York Police Department.None of the carolers or people nearby were injured or killed in the incident outside the Cathedral of St. John the Divine on 112th Street and Amsterdam Avenue, police said.“It is by the grace of God today that we don’t have anyone struck,” NYPD Commissioner Dermot Shea said.The carolers were ending their singing around 3:45 p.m. when an unidentified man opened fire near the doors of the church, Shea told reporters at a news conference.A police official told ABC News the suspect shot the weapon into the air multiple times.An officer and a detective who were on the scene responded immediately and opened fire at the suspect, according to police. The officers fired 15 shots at the suspect, who was struck in the head and killed, the commissioner said.”Our Carols for the Community event this afternoon was interrupted by an armed individual, who set off a round of gunfire into the air from our front steps. Thankfully, no injuries were reported among the attendees,” St. John the Divine said in a statement Sunday night. “It is horrible that our choir’s gift to New York City, a much-needed afternoon of song and unity, was cut short by this shocking act of violence. We will remain strong, together, and serve as a safe space for prayer, meditation and celebration during the upcoming holiday season.”Two semi-automatic firearms were recovered from the scene, along with a bag that reportedly belonged to the suspect. The bag allegedly contained gasoline, rope, wire, multiple knives, a Bible and tape, according to Shea.“We can all surmise the ill intentions,” Shea said.The NYPD said the investigation is ongoing.Copyright © 2020, ABC Audio. All rights reserved.

U.S. real estate market may be cooling, depending on who you ask