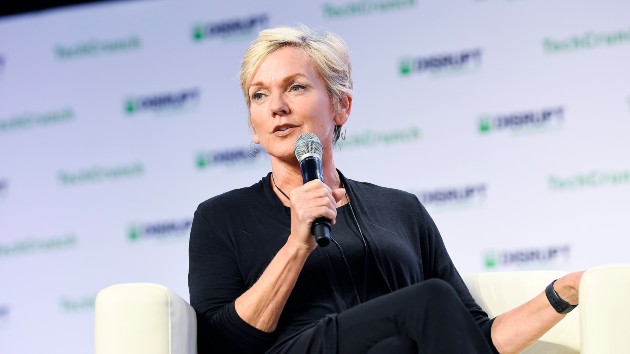 (WASHINGTON) — President-Elect Joe Biden is expected to name former Michigan Gov. Jennifer Granholm to head the Department of Energy, sources familiar with the decision confirmed to ABC News on Tuesday.Granholm, 61, a former two-term governor and Michigan’s first female chief executive, was first elected to lead the Wolverine State in 2002, after serving as the state’s attorney general from 1999 to 2003. If confirmed by the Senate, Granholm would be just the second woman to lead the Energy Department and would be the ninth woman Biden has nominated so far to serve in his Cabinet.If all nine women Biden has named to serve in his Cabinet are confirmed by the U.S. Senate, that would break the record set by both President Bill Clinton and President Barack Obama for the most women to serve in a single Cabinet in U.S. history, according to FiveThirtyEight.Biden and Granholm have a long history together. The former governor stood in for then-Alaska Governor and Republican vice-presidential nominee Sarah Palin during his debate preparations when he was Obama’s running mate during the 2008 presidential election.A source familiar with the transitions thinking pointed to Granholm’s work with Biden in Michigan during the 2009 recovery that rescued the U.S. auto industry, and led to investments in green energy jobs in the state – something Biden’s ambitious infrastructure plan would also seek to invest in.Granholm is viewed as a known-quantity and well-positioned to address the current challenges facing the country, according to the source, given her years of executive experience.Granholm is currently an adjunct professor of law at the University of California at Berkeley and was governor of Michigan when the Obama administration bailed out the auto industry following the 2008 financial collapse and has since been a vocal advocate for the expansion of America’s development of electric vehicles.A Biden transition official did not respond to a request for comment on Granholm’s potential nomination.Copyright © 2020, ABC Audio. All rights reserved.