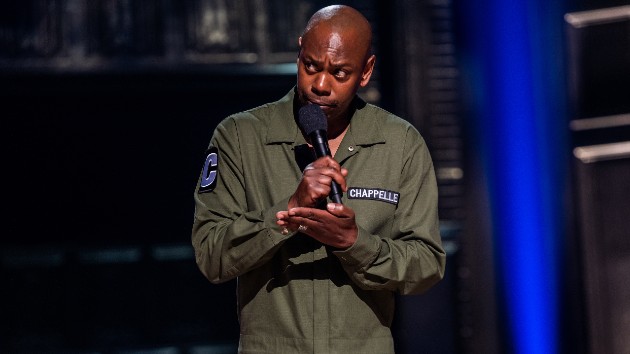 (LOS ANGELES) — HBO Max is honoring a request by Dave Chappelle to remove Chappelle’s Show from the streaming service at the end of this year, according to Variety.

The comedian previously got Netflix to take the show down as well.

In a lengthy Instagram video taken from his stand-up, Chappelle explained that due to the nature of the deal he signed years ago when the show was made, “I found out that these people were streaming my work and they never had to ask me or they never have to tell me”.

In the video he captioned “This is why,” Chappelle explained of his previous contract with Comedy Central, “I signed the contract the way a 28-year-old expecting father who was broke signed the contract. I was desperate, I needed a way out…’What else am I gonna do?’ he recalled asking himself,” comparing the contract to the scam game Three Card Monty.

Chappelle went on to explain that before Comedy Central signed him, HBO turned Chappelle’s Show down — “They said literally: ‘What do we need you for?’ And here we are, all these years later, and [HBO Max is] streaming the very show that I was pitching them. So I ask them: ‘What do you need me for?"”

‘Bullet Train’ speeds to #1 at the box office with $30.1 million weekend

‘Batgirl’ gets her wings clipped at Warner Bros.

Mark Hamill re-hired at Jack In The Box

Pat Carroll, the voice of Ursula in ‘The Little Mermaid’, dies at 95