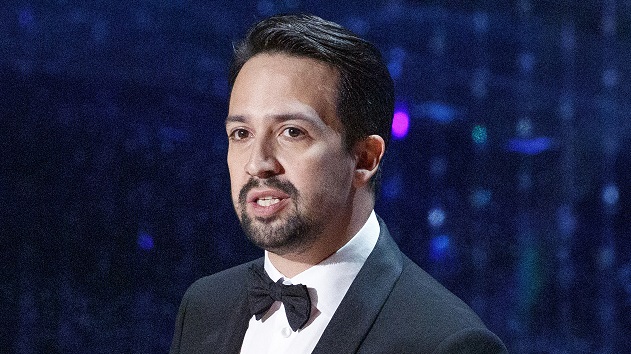 The Grammy, Emmy, and Tony-winning Hamilton creator has teamed up with American Express as part of its Share Joy — Shop Small campaign.

While his collaboration started in November with the company’s eleventh-annual Small Business Saturday, it’s more important than ever right now.

“Particularly in [the] big holiday seasons, I think it’s really about realizing that your your neighborhood is as strong as its local businesses, and putting your hard-earned money back into your community.”

Miranda adds, “I know it’s tempting when you’ve got a website that lets you buy something in one click, but I swear that [local] business is online like everyone…like just give it two clicks and find that local place where you can get what you’re looking for.”

Lin-Manuel says his family has luckily been healthy amid the pandemic, and he admits he’s lucky, too, “to have the privilege to be able to hole up.” Still, “it’s been an adjustment,” he admits.

He says the “silver lining” has been to watch the bond between his two sons, the oldest of whom, Sebastian, is six, and taking virtual classes.

He adds of little Francisco, “I think he’s going to be reading really fast because his brother is just learning to read. He is competitive and he wants to learn everything.”

Jane Fonda “not proud” of getting a face lift: “Stop being afraid of being old”

Rege-Jean Page on returning to ‘Bridgerton’, “We’re not gonna touch that”