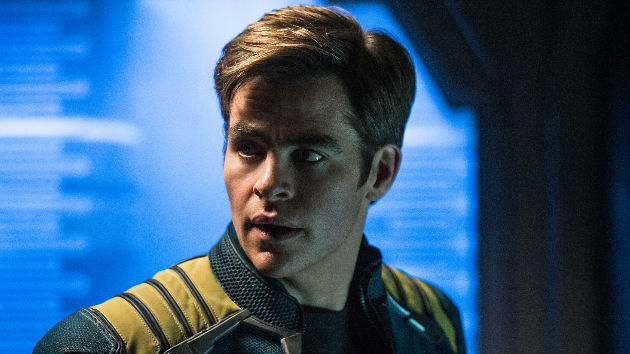 (LOS ANGELES) — Chris Pine is keeping his fingers crossed for a return to his Captain Kirk role in Star Trek, especially a potential R-rated version from Quentin Tarantino.

Pine, who last portrayed Kirk in 2016’s Star Trek Beyond, says that at the moment, he knows about as much as anyone else.

“I’m quite literally one of the last people ever to find out. So, I haven’t read that script, I don’t know where it is in development,” he tells ComicBook.com.

“But I love the character, I love the universe, I love my friends in it,” he continues.  “You know, to have a Quentin take on it would be tremendously interesting and entertaining.  You know, look, whatever happens, if I come back or not, it’s a great universe, it deserves to have a future, and I hope that is the case.”

Tarantino is rumored to have been working on his own chapter of the franchise, but there has been no official word on whether or not it’s actually happening.

In a recent interview with SFX magazine, screenwriter Mark L. Smith discussed penning a script for Tarantino that included some big plans for Kirk.

“I wrote a Star Trek with Tarantino, and that was a sci-fi script on which I could have fun and lean into some bigger, broader things,” said Smith.

“Tarantino and I had so much fun with him, because Kirk is just William Shatner, y’know?  It’s like: you’re not sure who is who, so you can kinda lean into that.  Because you watch Chris Pine and he’s playing Kirk, but he’s also playing William Shatner a touch,” he added.

In the meantime, Pine reprises his role as Steve Trevor in Wonder Woman 1984, hitting theaters and HBO Max on December 25.