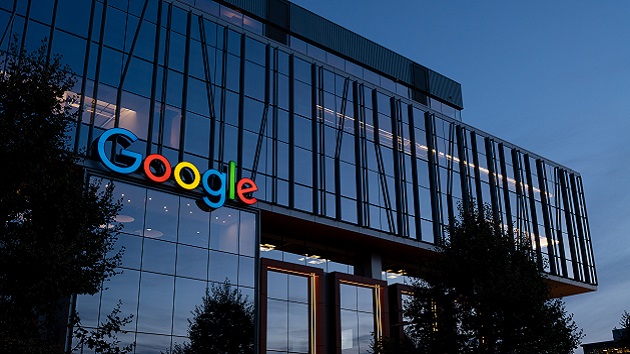 By CATHERINE THORBECKE and AARON KATERSKY, ABC News(NEW YORK) — A bipartisan coalition of 38 state attorneys general announced a new antitrust lawsuit against Google Thursday, alleging the company engaged in anticompetitive conduct to maintain its dominance of the online search market.Led by Colorado’s Attorney General Phil Weiser, the new legal action alleges Google illegally maintains monopoly power over search engines and related advertising “by stifling competition.””Google’s anticompetitive actions have protected its general search monopolies and excluded rivals, depriving consumers of the benefits of competitive choices, forestalling innovation, and undermining new entry or expansion,” Weiser said in a statement. “This lawsuit seeks to restore competition.”He added that consumers are “squeezed when they are deprived of choices in valued products and services.”This is the third major antitrust lawsuit leveled against the social media giant since October, after the Department of Justice announced a suit, and a coalition of ten Republican state attorneys general announced a suit Thursday over ads.The latest lawsuit is similar to the DOJ’s, but goes beyond to allege that Google engaged in a multi-pronged effort to maintain its monopoly. The states said they’re bringing additional claims to combat what they called “a broader range of Google’s illegal conduct.””Google, one of the largest companies in the world, has methodically undertaken actions to entrench and reinforce its general search services and search-related advertising monopolies by stifling competition,” the complaint states. “As the gateway to the internet, Google has systematically degraded the ability of other companies to access consumers.”The court documents state that 90% of internet searches use Google, and that, “Steadily and over the years, Google has expanded and refined the tactics it uses to harm competition.””Instead of simply producing a better service that keeps consumers and advertisers loyal, Google focuses on building an impenetrable moat to protect its kingdom,” the lawsuit states.Google did not immediately respond to ABC News’ request for comment Thursday.The attorneys general asked the court to halt Google’s allegedly illegal conduct and restore a competitive marketplace. The states also seek divestiture of assets as appropriate.Thursday’s suit against Google comes a little over a week after a coalition of 48 state attorneys general, led by New York’s Letitia James, announced a separate antitrust lawsuit against fellow tech giant Facebook.Copyright © 2020, ABC Audio. All rights reserved.