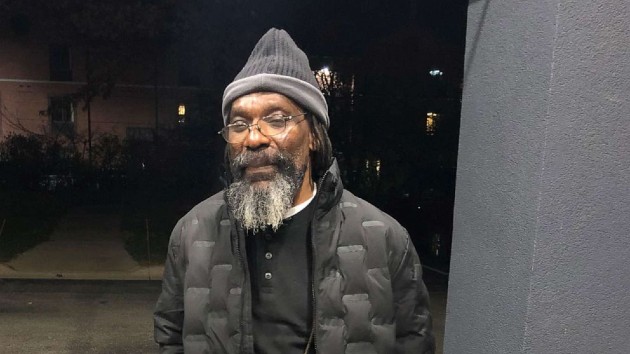 Courtesy of the Forbes family

By BILL HUTCHINSON, ABC News(NEW YORK) — When he emerged a free man from Michigan’s Kinross Correctional Facility and went directly into eight days of COVID-19 quarantine, Walter Forbes, at age 63, had every reason to be bitter. More than half his life had been spent incarcerated, his dreams of a career in drafting technology had long since been obliterated by the prosecution’s star witness, who recanted testimony that put him behind bars for murder.When the prison door swung open on Nov. 20, Forbes walked out with a trunk full of legal notes and favorite books accumulated during 38 years in a cell. But he said he left with no animosity toward the woman who falsely told the jury that convicted him in 1983 that she saw the then-25-year-old full-time college student and two other men torch an apartment house in Jackson, Michigan, in which an occupant was killed.”I don’t hold any bitterness against her and I forgive her because she was a victim also. I don’t see her volunteering to just do that. She was forced to do it,” Forbes told ABC News this week in a video interview after coming through quarantine negative.In July, Jackson County Circuit Court Judge Thomas Wilson tossed out the conviction and ruled that Forbes was entitled to a new trial after his attorneys from the Innocence Clinic at the University of Michigan presented two pieces of new evidence supporting an appeal on grounds that Forbes had been railroaded.During a two-day evidentiary hearing, Forbes’ lawyers introduced evidence that David Jones, the owner of the apartment house Forbes was accused of setting fire to, was convicted in 1990 in a strikingly similar fatal arson in neighboring Livingston County. Jones, who has since died, pleaded guilty to charges of conspiring with a couple to burn down their house and collect on the insurance, according to court documents in Forbes’ case obtained by ABC News. The alleged arsonist was found dead in the charred ruins, the documents read.The couple accused of conspiring with Jones in the Livingston County fire “told police that they were aware of David Jones’s role in the 1982 fire in Jackson,” according to the court documents and that they agreed to work with Jones because he allegedly had experience in arson and insurance fraud.‘That man is in there for nothing’The Innocence Clinic lawyers, who worked on Forbes’ case for more than a decade, also called Annice Kennebrew, who was the prosecution’s chief witness against Forbes, to testify at the evidentiary hearing.Held via Zoom on June 8, 2020, Kennebrew testified that she was fighting a bout with cancer and wanted to unburden herself of a secret.”I’ve been wanting to do this. I’ve been holding it in for all these years,” Kennebrew testified, according to a transcript of the hearing.Kennebrew proceeded to tell the court that she was recanting the damning 1983 testimony that she gave against Forbes and two other men, including one who was never charged after passing a polygraph test and the other who was tried with Forbes and acquitted.Asked why she was taking back her testimony, Kennebrew, referring to Forbes, testified, “Because that man is in there for nothing — for something that he hasn’t done, and I’m old enough now to know better.”Kennebrew went on to explain that in 1982 she was a 19-year-old single mother and testified that one day after the fatal fire in Jackson she was approached by two men who repeatedly threatened to harm her and her family if she did not go to the police and tell them she saw Forbes and the two other men set fire to the Jackson apartment house.”You got to think, I was young, I was dumb. They already had me scared crazy,” Kennebrew, who could not be reached for comment by ABC News, testified.She testified that two months after the fire, she went to the police and told them that she saw three men, including Forbes, splash gasoline on the exterior of the apartment house and set it ablaze.Police had already been eyeing Forbes as a suspect because the man who died in the fire, Dennis Hall, was suspected of shooting Forbes a day after Forbes intervened in a bar fight involving Hall, according to the court documents. After hearing from Kennebrew, police arrested Forbes and he was charged with arson and murder. In May 1983, a jury convicted him of the charges, and a month later he was sentenced to life in prison without parole.

Murder conviction dismissedAt the conclusion of the evidentiary hearing, Wilson threw out Forbes’s conviction, ruling, “The new evidence presented at the evidentiary hearing before this Court greatly undermines the prosecution’s theory of guilt, exculpates Mr. Forbes and inculpates a different suspect. Mr. Forbes has established a reasonable probability of a different outcome upon retrial.”While Wilson ordered a retrial, Forbes’ attorney, Imran Syed, assistant director of the Innocence Clinic, told ABC News that prosecutors decided to drop the case. The Jackson County Prosecutor’s Office did not respond to ABC News’ request for comment.”The crazy thing about Walter’s case is not just how long he was in prison, but how simple this case really was, and how, as much as I want to take credit for doing something huge, this should have been done decades ago,” Syed said.”Unfortunately, these things happen as much as you want to say this should have never happened,” Syed added. “We have to draw lessons from it and I think there are important lessons here about how we need to scrutinize the evidence we see as people and jurors and not jump to convict someone based on allegations because I think that’s essentially what happened here.”He said prosecutors presented no other evidence tying Forbes to the crime and that Forbes’ trial lawyer was not allowed to raise the possibility of Jones being a suspect because at the time the theory was based on hearsay.”You have a jury that doesn’t want to believe a totally innocent person could be on trial, to begin with. So that presumption kind of works against him (Forbes). And that’s really all I can understand because otherwise, why would you convict based on this evidence?” Syed said.A huge smile broke out on Forbes’ face, as he said he could barely contain his emotions while listening to Kennebrew testify.”I said, ‘Wow, at last, you know,"” Forbes told ABC News. “It was touching, very touching. I’m grateful for what she did. I wish she would move on with her life. From what I understand, once she was given a chance to, in this stage in life, she wanted to relieve herself of this burden she’s been carrying around for 38 years. And I don’t think it’s made her life easy.”Syed said the statute of limitations to charge Kennebrew with perjury is six years, meaning it ran out more than three decades ago.”But even if she could be charged with perjury, I would really hope she wouldn’t be because you can just imagine what a disincentive that would be for someone to come clean. So, we don’t want that,” Syed said. “If someone lies in court, we want that to come out even if it’s 40 years later. We don’t want it to remain hidden forever. “

‘Surviving is not living’Forbes said the whole time he was in prison, he never gave up hope that he would someday be exonerated.”I lived knowing one day I would be free,” said Forbes, who is living in Michigan with relatives he calls “my superfamily.”He said he also learned meditation in prison, which helped sustain him through his darkest days.”One of the things that helped me get through it was meditating and never losing hope, and to know that every day was a step closer,” he said.He said he came to realize that he should not look at prison as a survival test, citing a passage from a book he once read saying, “A fly survives in filth.””Surviving is not living. That would be like substandard of living,” he said. “During that whole time, I never considered myself as not being a part of society. I was just in a closed area of society versus being in wider fields of society.”Forbes said he plans to dedicate his life to working on prison reform and helping released inmates adjust to what he described as “a totally different world” from the one he remembers before going to prison.While freedom long denied has come to fruition, he said his opinion of justice in America has dramatically changed from a pre-prison time when he believed people were innocent until proven guilty.”The one thing that you could say is maybe that it’s blind, but it’s not just,” he said.