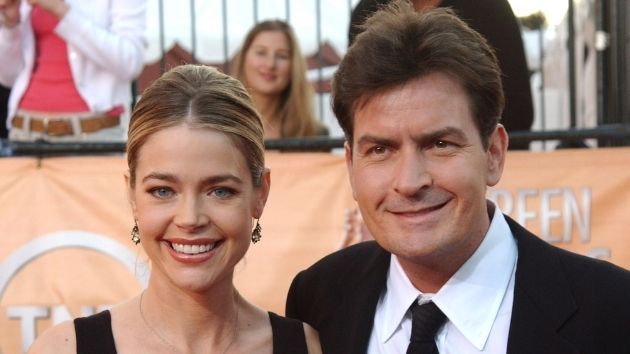 (LOS ANGELES) — Denise Richards reflected on her “public divorce” from actor Charlie Sheen and revealed how it threatened her career.

Richards, 49, spoke with People on Thursday and said that, when she separated from the Two and a Half Men star, her career temporarily went up in smoke.

“It was a hard thing to navigate and I’ve made a lot of mistakes. I obviously went through a very public divorce. It was hard for me to comprehend that my public divorce affected my work,” the Real Housewives of Beverly Hills alum admitted.

Richards said she struggled with having her private life overshadow her career, who recalled that it was expected for actors to “keep our private life private” at the time.

“When I started out, they wanted to imagine the actor in that role. And we would do our best to keep it [that way,]” explained Richards.  “I thought, ‘How come? That’s my private life. It shouldn’t affect my work.’ But it did.”

“That was a hard thing for me to go through and deal with,” the Drop Dead Gorgeous star added. “It’s not something you can really prepare someone for.”

Now, Richards says she is busier than ever, which she says is due to her “plugging away” because “I just wanted to keep doing what I loved to do.”

She currently has five projects set for a 2021 release in various stages of production, such as the television series Glow & Darkness.

Richards says she was six-months pregnant with Lola when she filed for divorce in 2005, around the time Sheen was struggling with a drug and alcohol relapse.

Their divorce was finalized a year later.

Gwyneth Paltrow opens up about stepping back from the cameras: “I really don’t miss it all”