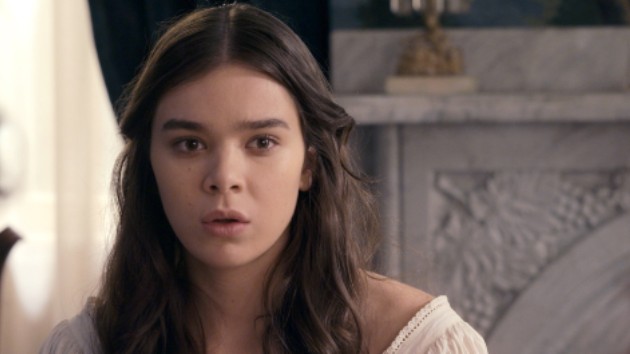 (LOS ANGELES) — A couple of weeks ago, a spy caught Jeremy Renner and Hailee Steinfeld running across a New York City subway platform, and with that it was revealed she she’d be joining the archer Avenger in his Disney+ spin-off series Hawkeye.

Her appearance, and the fact she was packing an archery bow led fans to realize she’d be playing Kate Bishop, who in the comics was a protege of Renner’s character, who eventually takes on the Hawkeye mantle.

Officially, however, Marvel has remained mum.

To ABC Audio, however, Hailee says she’s “honored to be part of the MCU.”

She joked about the fateful subway ride that let the cat out of the bag, laughing, “Yeah, right, we were just trying to get somewhere and a coupla pictures were taken and now here we are.”

The Dickinson star and producer said she’s, “So, so excited and honored obviously to be part of the MCU and be playing alongside Jeremy. He’s wonderful and [it’s] quite, quite a different world than Dickinson.”

From a 19-century female poet to an arrow-slinging comic book hero? All in a day’s work, Steinfeld says. “You know, obviously, as an artist, as an actor, it’s fun to be able to jump into different things such as the two. So it’s been amazing.”

Hawkeye comes out on Disney+ in the fall of 2021; Dickinson season 2 hits Apple TV+ on January 8.