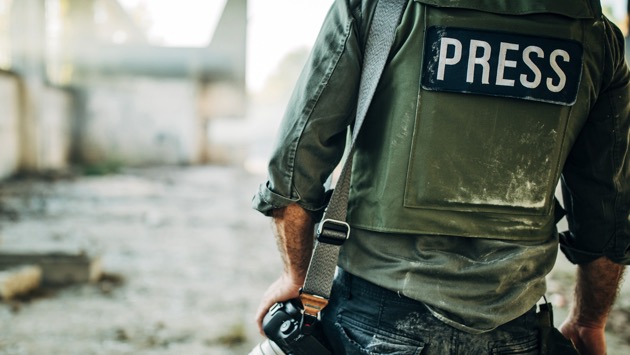 By GUY DAVIES, ABC News(LONDON) — The number of journalists murdered in 2020 more than doubled this year, according to a new report by the Committee to Protect Journalists. The report follows another publication by the nonprofit organization last week which said the number of journalists jailed for their work hit a record-high as governments moved to suppress coverage of the coronavirus pandemic.At least 30 journalists were killed this year, according to the CPJ’s analysis. Twenty-one of those murders were carried out “in retaliation for their work,” compared to the ten killed in direct reprisals in 2019.The number of journalists killed in combat situations — three — was the lowest number since 2000, but this year, the number rose as “criminal gangs and militant groups targeted reporters working in violent but democratic nations,” the group said.The organization is still investigating whether 15 more killings may have been carried out in retaliation to a journalist’s reporting. The countries that recorded the most retaliatory killings were Mexico, Afghanistan and the Philippines.In Mexico, four journalists were killed, and one more shot while reporting from a crime scene, in what “has long been the most dangerous country in the Western hemisphere for the press,” the report stated. The deaths of four others remain under investigation by the CPJ.The list excludes journalists David Romero and Mohamed Monir, who died after contracting COVID-19 while imprisoned in Honduras and Egypt, respectively.Last week, the CPJ released another startling report, which said that the 274 journalists currently in jail around the world is the highest number since records began in 1992. China, Turkey, Egypt and Saudi Arabia were reported as the worst offenders.According to CPJ advocacy director Dr. Courtney Radsch, the Trump administration’s withdrawal from key institutions like the Human Rights Council and “constant attacks on journalists in the media” means there is a leadership vacuum in matters of press freedom. Countries like Canada and the U.K., she added, “have failed to do much more than pay lip service to an idea without putting meaningful diplomatic weight behind it and holding their diplomatic counterparts accountable.””These disturbing trends come amid a broader crackdown on press freedom fueled by the coronavirus pandemic and political protests, including restrictions imposed on independent and critical journalism in several countries and the criminalization of journalism through false news and emergency laws, which has helped fuel the imprisonment of a record number of journalists,” she told ABC News. “In too many cases, government responses to the pandemic have included restricting access to information, retaliating against those whose reporting contradicts official narratives, and repressing criticism under the guise of protecting public health,” Radsch said.Copyright © 2020, ABC Audio. All rights reserved.