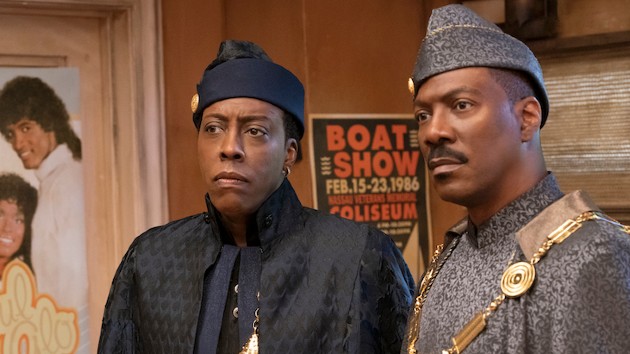 Eddie Murphy is back as Zamundan Prince Akeem Joffer, who must return to the U.S. to find his long-lost son, who is an heir to the Zamundan throne. This time, however, Arsenio Hall, as his trusty sidekick Semi, isn’t as eager to head to the States: “Oh hell no!” he screams.

The snippet shows that James Earl Jones’ King Jaffe Joffer is apparently on his deathbed, prompting the search for the would-be heir.

The clip also shows some of the movie’s star power, including Wesley Snipes, Leslie Jones and Tracy Morgan — as well as Eddie and Arsenio reprising their various roles in the barbershop from the first film.