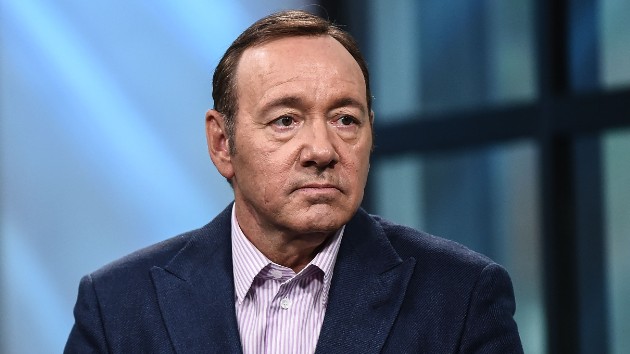 (LOS ANGELES) — Disgraced actor Kevin Spacey is keeping up his bizarre Christmas Eve tradition.For the third year in a row, he’s released a holiday YouTube video message — but this time, he delivers the message as himself and not as his former House of Cards character, Frank Underwood.In the clip, titled “1-800 XMAS,” Spacey sits on a park bench and begins by asking in Frank’s Southern drawl, “What would Christmas Eve be without a message from me?”But he quickly breaks character and takes hold of the camera, earnestly addressing anyone who is struggling this year.“If you’re standing in a place that you can no longer remain standing, if you’re suffering, if you need need help, if you feel guilt or shame, if you’re struggling with your identity, if your back’s up against the wall, or if you feel that there’s no path for you, whatever your situation, I promise you there is a path,” he says.Spacey adds, “At this time during this holiday and beyond, even if you don’t feel it, there are people out there who understand and who can help, because you are not alone.”He promises viewers “it does get better” and ends the video with the number for the Suicide Prevention Hotline.Spacey’s Christmas Eve videos began in 2018, in the midst of multiple sexual assault allegations against him.

Steve Martin contemplates retirement: “This is, weirdly it”