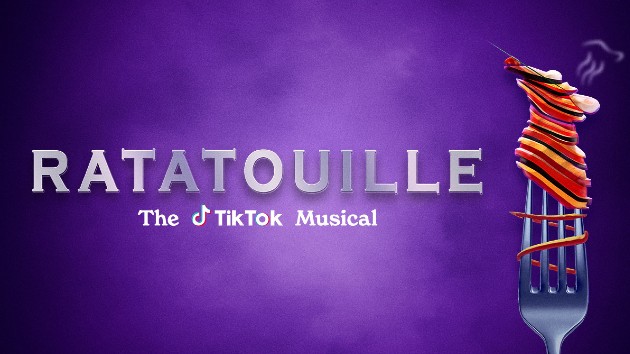 (NEW YORK) — What started as a pandemic gag of sorts — a musical on TikTok celebrating Disney/Pixar’s Ratatouille — has attracted some real stars of stage and screen for what was turned into a charity event.

The original production saw hundreds of people contributing to the viral original project, although some incorrectly referred to the Oscar-winning movie’s central chef rat, which was voiced by Patton Oswalt, as “Ratatouille,” not Remy.

Kimmy Schmidt vet Burgess will play Remy in the virtual event, while Brady will play his father, Django, and Lambert will play Remy’s dim-but-lovable brother, Emile.

Seaview, the producer of Broadway shows including Slave Play and the Jake Gyllenhaal-Tom Sturridge production Sea Wall/A Life, is selling sell tickets to the event, which will benefit The Actors Fund, which has been helping performers struggling during the pandemic.

The online event debuts Friday, January 1 at 7 pm ET, and will stream for 72 hours.

According to the event’s producers, “The one-time performance of Ratatouille: The TikTok Musical will feature content created by members of TikTok’s #RatatouilleMusical Community, whose collective work has earned the engagement of more than 200 million fans around the globe, and will be performed with the 20-piece Broadway Sinfonietta orchestra.”

Tickets are on sale exclusively at TodayTix.com.