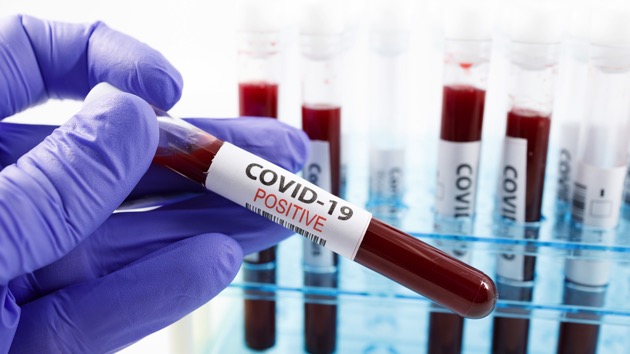 By ROSA SANCHEZ, ERIN SCHUMAKER, IVAN PEREIRA and EMILY SHAPIRO, ABC News(NEW YORK) — A pandemic of the novel coronavirus has now infected more than 81.5 million people worldwide and killed over 1.7 million of them, according to real-time data compiled by the Center for Systems Science and Engineering at Johns Hopkins University.Here’s how the news is developing Tuesday. All times Eastern:

Dec 29, 12:02 pmCalifornia, Tennessee see highest daily case averageDecember has been the worst month on record for cases, hospitalizations, and deaths. Even with delays in reporting because of the holidays, hundreds of thousands of Americans are still testing positive for the virus every day.The U.S. has logged more than 5.6 million cases in the first 28 days of December — more than any month on record, according to ABC News’ analysis of data compiled by the COVID Tracking Project.According to the CDC, California currently has the highest average of daily cases per 100,000 people in the last seven days, followed by Tennessee, Oklahoma and Arizona.Across the U.S., 121,235 people are currently hospitalized with COVID-19 — setting a new record high since the pandemic began. That total is double the previous hospitalization peaks from April and July.

Dec 29, 11:48 amJanuary may be worse than December, Fauci warnsDr. Anthony Fauci says the pandemic has “gotten out of control” and warned that January may be worse than December.“That is what we’re concerned about,” Fauci told CNN. “That in addition to the surge, we’re going to have an increase … which could make January even worse than December. I hope not, I hope that doesn’t happen, but it certainly is possible.” “I think we just have to assume that it’s gonna get worse,” he said.In terms of vaccines administered so far, Fauci said, “We certainly are not at the numbers that we wanted to be at the end of December.” Over 11.4 million vaccine doses have been distributed and 2,127,143 Americans have received their first vaccine dose, according to the CDC.Fauci said he believes there’ll be “an increase in the momentum” of vaccinations in January. “Not being responsible myself for the rollout, I can’t personally guarantee that we’re gonna catch up,” Fauci said. “I hope we do.”

Dec 29, 11:05 amKamala Harris gets vaccineVice President-elect Kamala Harris received her first dose of the Moderna vaccine on Tuesday morning at United Medical Center in Washington, D.C.”That was easy!” she said after. “I barely felt it.””I want to encourage everyone to get the vaccine,” Harris said. “It is literally about saving lives. I trust the scientists, and it is the scientists who created and approved this vaccine.””Right in your community is where you can take the vaccine,” Harris said. “Where you will receive the vaccine by folks you may know, folks who otherwise are working in the same hospital where your children were born, folks who are working in the same hospital where an elderly relative received the kind of care that they needed. So I want to remind people that they have trusted sources of health, and that’s where they will be able to go to get the vaccine, so I encourage them to do that.”Harris’ husband, Doug Emhoff, also received the vaccine.Dec 29, 10:46 amVaccinations begin at Massachusetts long-term care facility, a COVID hot spotStaff and residents of Holyoke Soldiers’ Home in Holyoke, Massachusetts, started receiving COVID-19 vaccinations Tuesday morning.Staff looked on as the first person — a 78-year-old man in a wheelchair wearing a blue Snoopy mask — was inoculated.The long-term care facility has suffered one of the worst coronavirus outbreaks in the country. In the spring, 76 veterans who lived at the home died of the virus. A resident who had been living in an off-site nursing facility since April died earlier this month.Two former top administrators pleaded not guilty to criminal negligence charges connected to the residents’ deaths, WCVB reported.U.S. states have begun vaccinating patients at long-term care facilities in an effort to keep the most vulnerable Americans safe from the virus. The government’s goal is to have 20 million Americans vaccinated by the end of the year.

Dec 29, 8:38 amTSA screens over 1 million people MondayThe TSA screened 1,111,751 travelers at checkpoints across the U.S. on Monday. This marked the seventh day within the last 11 days that more than 1 million people were traveling.

Dec 29, 12:42 amCOVID vaccines given to general public in Kentucky a ‘mistake,’ governor saysKentucky Gov. Andy Beshear spoke out Monday after Walgreens stores in Louisville and Lexington, Kentucky, gave COVID-19 vaccines to members of the general public. Beshear said at a press conference that last week, the pharmacies were left with extra doses of the vaccine after administering it to long-term care facilities, so, they offered the leftover doses to average citizens. This, the governor said, does not follow government protocol, as the vaccine is not yet being given to the general public.”I don’t think that this was intentional, and we have to understand that in an undertaking this massive that mistakes are going to happen,” Beshear said. “I believe that here a mistake happened in the thawing, but the reaction wasn’t what it should’ve been.”In a statement, Walgreens said that per the Centers for Disease Control and Prevention’s guidance, Pfizer’s COVID-19 vaccine can be at refrigerated temperatures for only five days, so, to avoid wasting doses of the valuable vaccine after giving it to at-risk adults in long-term care facilities, they used the leftover doses they had on residents. The doses were offered to local first responders, Walgreens pharmacy and store team members and residents of the community, many of whom were over age 65, Walgreens said.”These measures were taken to ensure every dose of a limited vaccine supply was used to protect patients and communities,” the company added. “We will utilize excess vaccine inventory in priority patient populations and continue to work closely with state and federal health agencies in our efforts to vaccinate residents in long-term care facilities and ensure requested doses meet their needs.”Copyright © 2020, ABC Audio. All rights reserved.