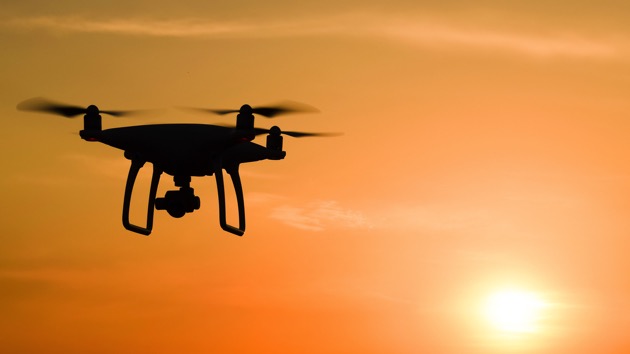 By CATHERINE THORBECKE, ABC News(WASHINGTON) — The Federal Aviation Administration cleared the way for commercial drones to lift off with its highly anticipated set of new rules for unmanned aircrafts.Drones currently represent the fastest-growing unit in the transportation sector, according to the FAA, with more than 1.7 million drones registered and 203,000 certified remote pilots.”The new rules make way for the further integration of drones into our airspace by addressing safety and security concerns,” FAA Administrator Steve Dickson said in a statement. “They get us closer to the day when we will more routinely see drone operations such as the delivery of packages.”U.S. Secretary of Transportation Elaine Chao added that the rules “carefully address safety, security and privacy concerns while advancing opportunities for innovation and utilization of drone technology.”The new rules will require remote identification of drones, which provides ID of the drones in flight and the location of their control stations to officials. This will in part help to reduce the risk of drone interference with other aircraft as well as things on the ground, according to the FAA.The FAA said there are three ways to comply with the new ID requirements — by operating a standard remote ID drone that broadcasts information, operating a drone with a remote ID broadcast module (a separate attachment that broadcasts information), or operate a drone without remote ID but at specific FAA-designated sites.The rules will also provide new flexibility to allow some drones to fly at night and over people without obtaining a waiver from the FAA. These smaller drones must have lights and no rotating parts that could lacerate skin.The rules are set to come into effect in approximately 60 days. The agency gives drone manufactures 18 months to begin producing drones with remote ID and operators have an additional year to start using these drones with remote ID.The FAA guidelines come as the private sector excitedly stands by. In August, e-commerce giant Amazon was granted FAA approval to deliver packages by drones. Late last year, the same approval was given to UPS.Copyright © 2020, ABC Audio. All rights reserved.

Gas prices fall below $4 for first time since March

FAA gets more than 57,000 applicants for air traffic control jobs