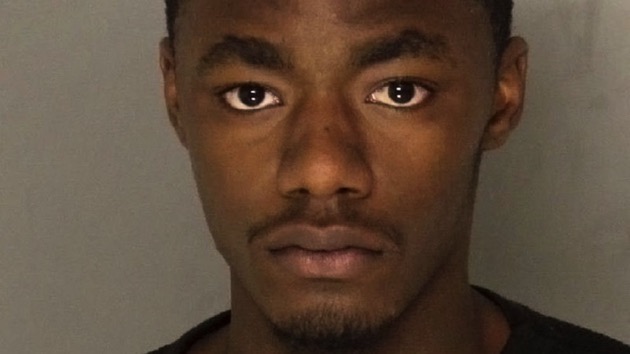 By IVAN PEREIRA, ABC News(CLARKSBURG, W.Va.) — The fugitive accused of opening fire on a police officer while handcuffed was caught Tuesday following a nine-day manhunt.U.S. Marshals captured Koby Francis in an apartment complex in Clarksburg, West Virginia, around 6 p.m., the authorities said. On Dec. 20, the McKeesport, Pennsylvania, Police Department said officers handcuffed Francis, 22, from behind and drove him in a police SUV on suspicion of violating a protective order.Francis allegedly got his hands in front of him during the drive to the station and ambushed Officer Gerasimos “Jerry” Athans, 32, as the officer opened the door, according to the Allegheny County Police Department. Francis allegedly had a gun on him that was not removed during the arrest, police said.The incident was captured on a surveillance camera outside the station.Athans, a four-year veteran of the force, was shot in the neck and shoulder and is recovering from his non-life-threatening injuries, the police said.During the police search and investigation officials arrested four people who they say assisted the suspect in his flight.Jasmyn Henderson-Bracey, 25, Gesiah Grigsby, 21, Daniel Neal, 19, and Justine Kenyatta, 20, all of East Stroudsburg, Pennsylvania, were charged Sunday with hindering the suspect’s apprehension.The four denied they had seen Francis after the shooting, however, police said they had evidence that their story was not true.Henderson-Bracey and Grigsby were allegedly seen on surveillance footage with Francis, who allegedly was still wearing his handcuff bracelet, at a grocery store two days after the shooting, police said. Neal, Francis’ brother, was allegedly seen in the video trying to hide the fugitive’s face and Kenyatta was seen in a vehicle with the pair, police said.Francis is charged with aggravated assault, criminal attempt homicide, person not to possess a firearm, flight to avoid apprehension trial or punishment and escape, police said.He is currently awaiting extradition at a jail in Doddridge County, West Virginia, police said.Copyright © 2020, ABC Audio. All rights reserved.