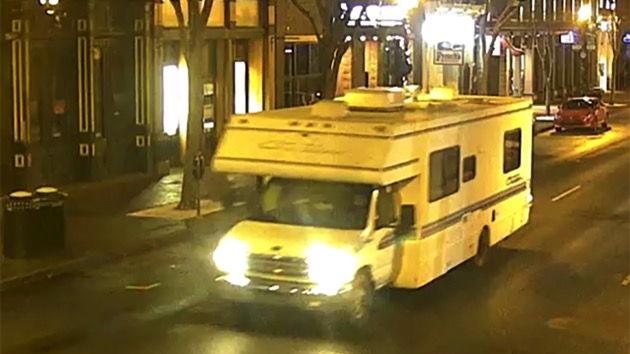 By MEREDITH DELISO and JACK DATE, ABC News(NASHVILLE, Tenn.) — Authorities are exploring evidence that Nashville, Tennessee, bombing suspect Anthony Quinn Warner was interested in various conspiracy theories, sources familiar with the investigation told ABC News.The theories include ones involving “lizard people” — a belief that shape-shifting reptilian creatures appear in human form and are bent on world domination.Warner, 63, of Antioch, Tennessee, is also believed to have spent time hunting for alien life forms in a nearby state park, sources said.Some writings found by investigators believed to be associated with Warner, who was killed in the Christmas Day RV explosion, contain ramblings about assorted conspiracy theories, sources said.Multiple law enforcement sources also told ABC News earlier this week that investigators looked at whether Warner had paranoia about 5G cellular technology.It is unclear if any of these beliefs or behaviors are connected to the explosion, which damaged dozens of buildings on Second Avenue in downtown Nashville and sent three people to the hospital with minor injuries. The RV was parked outside an AT&T transmission building, which was also damaged.Warner was identified Sunday after investigators matched tissue found at the blast to DNA from gloves and a hat inside a car the suspect owned, an official said.Law enforcement sources confirm to ABC News that Nashville police were told in 2019 that Warner was building bombs in his RV.According to a Metro Nashville Police Department report dated Aug. 21, 2019, and obtained by ABC News, a woman told police her boyfriend, Warner, was “building bombs in the RV trailer at his residence.”An attorney present when police arrived last year, Raymond T. Throckmorton III, told authorities he represented both the woman and Warner said that he “talks about the military and bomb-making.”Police visited Warner’s residence and “knocked on the door but did not receive an answer,” according to the report. They also “observed that there was a trailer in the back yard, but the yard was fenced off and police could not see inside the RV,” the report said.A Metro Nashville Police Department investigator followed up with the FBI to see if they had any additional information related to Warner, the report said.The FBI, in a statement provided to ABC News, said it “received a request from the Metro Nashville Police Department to check our holdings on Anthony Warner and subsequently found no records at all. Additionally, the FBI facilitated a Department of Defense inquiry on Warner at the request of the Metro Nashville Police Department, which was also negative.”Investigators are now continuing to analyze chemical residue from the scene of last week’s explosion and are working to narrow down the chemicals that were likely used to make the explosive device.They are also looking into how the suspect allegedly acquired the bomb-making materials to ensure there were no accomplices.Sources told ABC News that receipts and credit card account information indicates Warner allegedly purchased items that could be used to construct a bomb, though they cautioned that certain common chemicals have uses that could have nothing to do with bomb-making. Authorities are sorting through Warner’s recent purchases to determine whether those items were allegedly used in the device or had some other purpose, sources said.The FBI and the U.S. Department of Justice’s Bureau of Alcohol, Tobacco, Firearms and Explosives are leading the investigation. As of Tuesday afternoon, their response teams had investigated nearly half of the crime scene and hoped to complete it by Friday at the latest, the FBI said in a statement.FBI and ATF agents and behavioral analysts are also continuing to interview people who knew the suspect “to try to understand why this happened,” the FBI said.Anyone who knew the suspect and hasn’t yet spoken with investigators is asked to call 800-CALL-FBI.Before the explosion, an eerie recording counted down to detonation and the Petula Clark song “Downtown” played from the RV. On Tuesday, Clark expressed her “shock and disbelief” at the blast — and use of her song leading up to it.”Of all the thousands of songs — why this one?” she wrote in a Facebook post.”Of course, the opening lyric is ‘When you’re alone and life is making you lonely you can always go Downtown.’ But millions of people all over the world have been uplifted by this joyful song,” she wrote. “Perhaps you can read something else into these words — depending on your state of mind. It’s possible.”Copyright © 2020, ABC Audio. All rights reserved.