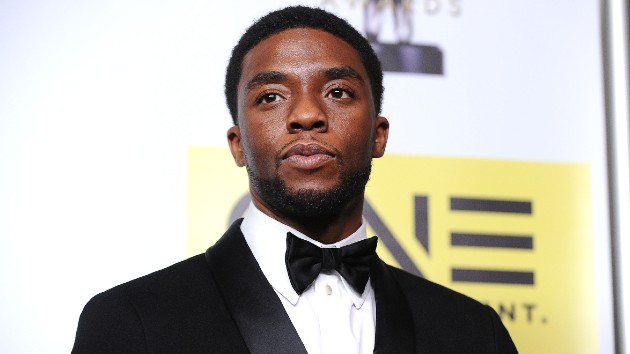 (NEW YORK) — As with every year, we find ourselves mourning the passing of familiar faces from film, TV and celebrity, whether their passing was expected or otherwise.  Here’s a look back at some of the notable celebs we lost in 2020:

Kobe Bryant — NBA icon and Oscar-winner was killed in a January helicopter crash in Los Angeles. He was 41. Bryant’s 13-year-old daughter, Gianna, died alongside her father and seven other victims.

Kirk Douglas — The Hollywood legend and father of Michael Douglas, known for his roles in Spartacus, The Bad and the Beautiful and Lust for Life, died in February at the age of 103. He appeared in no fewer than 80 movies before retiring in 2004. James Lipton — Longtime host of Inside the Actors Studio died in March from bladder cancer at the age of 93. Lipton, hosted, created, and produced the popular series on Bravo, also serving as dean, and then dean emeritus, of the Actors Studio Drama School at Pace University in New York City.Jerry Stiller — Fan favorite Seinfeld co-star, father of Ben Stiller, and veteran of stage and screen, died at 92 in May of this year from natural causes.Fred Willard — Comedic actor and improv legend, known for his roles in Best in Show, This Is Spinal Tap and Modern Family, died in May at the age of 86. His final role, in the Netflix series Space Force, debuted two weeks after his passing.Roy Horn — One half of the famed entertainment duo Siegfried and Roy died after suffering from complications from COVID-19 in May. He was 75.Nick Cordero — Broadway star passed away in July at age 41 after a long and devastating battle against COVID-19. He had been hospitalized with the virus for nearly 100 days.Naya Rivera — Actress, best known for playing fan-favorite character Santana Lopez on the hit TV musical comedy series Glee, died in July of this year at age 33.  Her body was recovered from California’s Lake Piru, just north of Los Angeles, after Rivera went missing while boating on the lake days prior with her four-year-old son, who was unharmed. Kelly Preston — Actress died in July at the age of 57 after a silent battle with breast cancer.  Her husband of 28 years, John Travolta, confirmed the heartbreaking news.Regis Philbin — The beloved talk show and game show host, who held the record for the most-ever hours on U.S. broadcast television, passed away in July at age 88.Olivia de Havilland — Academy Award-winning actress, who was the last surviving star of Gone with the Wind, passed away in July at the age of 104.

Wilford Brimley — Actor, known for such films as Cocoon and The Natural, died in August at 85. He became famous for his commercial work touting Quaker Oats and diabetes testing. He embraced being known as the “diabeetus guy” after his pronunciation of the word sparked countless memes across the Internet.

Chadwick Boseman — Black Panther and Avengers star passed away from colon cancer at age 43 in August of this year. His final film, Ma Rainey’s Black Bottom, is out on Netflix December 18.

Dame Diana Rigg — British actress, known for her powerful roles in Games of Thrones and classic 1960s TV series The Avengers, passed away peacefully in September at age 82.Sean Connery — The Academy Award-winning actor famous for playing film’s first James Bond died peacefully in his sleep in Bahamas in October. He was 90.

Alex Trebek — The popular TV personality best-known for hosting the game show Jeopardy! for over 30 years, died in November at the age of 80 after being diagnosed with stage four pancreatic cancer in March 2019.