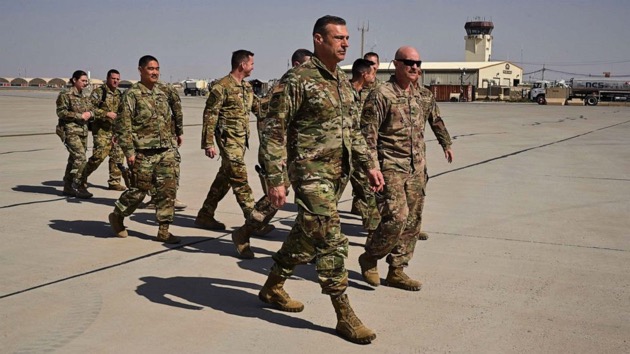 By BEN GITTLESON, ABC News(WASHINGTON) — The Trump administration is declassifying intelligence, so far unconfirmed, that indicates China offered bounties to non-state actors to attack American soldiers in Afghanistan, according to a senior administration official.President Donald Trump has been briefed about the uncorroborated intelligence, the official said.Axios first reported on the intelligence on Wednesday.A spokesperson for China’s foreign ministry, Wang Wenbin, on Thursday denied the accusation, calling it a “smear and slander against China” that was “completely nonsense” and “fake news.”The declassification comes as the Trump administration attempts to maintain pressure on China during the president’s final few weeks in office.U.S. National Security Adviser Robert O’Brien verbally briefed the president about the intelligence, which was also included in a briefing for Trump on Dec. 17, according to the official.The official said different U.S. government agencies were working to corroborate the initial intelligence.The administration has taken a strikingly different approach to this uncorroborated intelligence, declassifying it and confirming it was working to confirm it, compared with the White House’s strong pushback when The New York Times reported over the summer that Trump had been briefed on an intelligence assessment that Russia had been doing the same — offering bounties on U.S. troops in Afghanistan.At the time, Trump dismissed the report as a “hoax,” and the White House press secretary, Kayleigh McEnany, criticized the Times and downplayed the underlying intelligence as unverified.Instead of now pushing back, as it did in the case of the report about Russia, the administration is using the intelligence to more publicly go after China, which Trump has portrayed as a greater foe than Russia.Copyright © 2020, ABC Audio. All rights reserved.