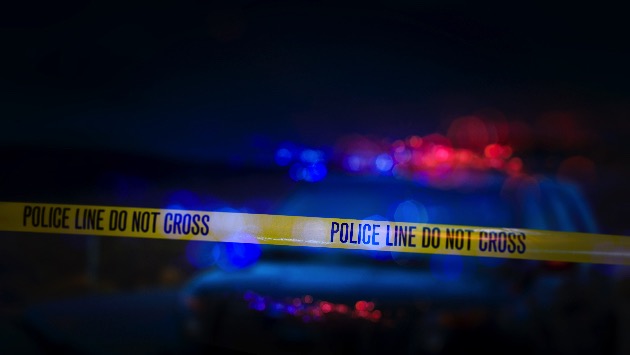 By BILL HUTCHINSON, ABC News(ARLINGTON, Texas) — A 4-year-old boy was shot and killed in Arlington, Texas, in the first hour of the New Year, according to police.The boy, identified by the Tarrant County Medical Examiner as Messiah Taplin, was shot about 12:30 a.m. Friday and died just after 1 a.m. at a local hospital, police said.Police said they have detained “persons of interest” for questioning in the homicide investigation. But no arrests have been made.Officers went to an apartment complex in the north part of the suburban Dallas city after a 911 caller reported hearing gunshots, the Arlington Police Department said in a statement.When officers arrived, they followed a trail of blood leading to an unlocked apartment, according to the statement.”Officers went inside and discovered a crime scene. No one was inside of the apartment at that time,” the statement reads.As officers were investigating the scene, a vehicle drove into the parking lot that matched a car spotted leaving the apartment complex shortly after the shooting, police said. Officers stopped the car and detained its occupants.It was not immediately clear if the people inside the car were the “persons of interest” police are questioning.Homicide detectives were later notified by police in Grand Prairie, about 7 miles east of Arlington, that a 4-year-old boy was taken to a hospital in their city and died from an apparent gunshot wound, according to the statement.”Investigators believe the child was shot at the Arlington complex on Washington Drive and they are working to determine exactly what happened,” police said in the statement.No further information was available about the child’s death.The child’s death was the second fatal shooting Arlington police responded to in the first hour of the New Year. At 12:25 a.m., officers received a call of shots fired in a residential neighborhood in east Arlington and discovered a woman suffering from an apparent gunshot wound on the back porch of a home, police said in a statement. The woman, whose name was not immediately released, was pronounced dead at the scene.”Investigators do not believe this was self-inflicted and that someone shot the woman on the back porch,” the police statement reads.No arrest has been made in the shooting.Authorities asked that anyone with information about either killing to contact Arlington police investigators or the Tarrant County Crime Stoppers line.Copyright © 2021, ABC Audio. All rights reserved.