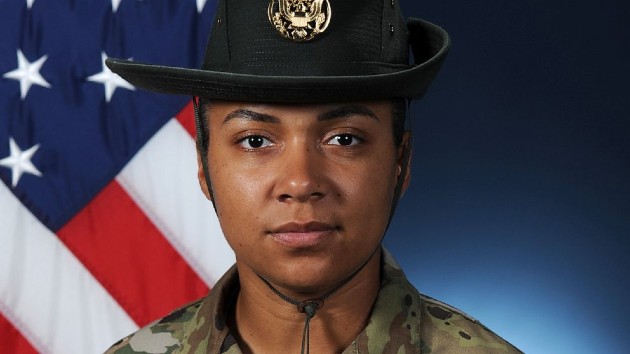 (NEW YORK) — The apparently unrelated deaths of two female Army soldiers in Texas are under investigation after officials said one died after being shot in her car on a freeway on New Year’s Day and the other was discovered dead in her military barracks on New Year’s Eve.The soldiers were identified as 30-year-old Staff Sgt. Jessica Mitchell and 19-year-old Pfc. Asia M. Graham, according to military officials.The back-to-back deaths come just four months after two congressional committees launched probes into the high number of deaths at Fort Hood in Killeen, Texas, in 2020, highlighted by the disappearances of three soldiers who were later found dead, including Spc. Vanessa Guillen.Mitchell, a drill sergeant assigned to the U.S. Army Medical Center for Excellence at Joint Base San Antonio-Fort Sam Houston, was shot to death around 2:30 a.m. on New Year’s Day while driving on Interstate 10 in San Antonio, according to the San Antonio Police Department.Firefighters discovered Mitchell with multiple gunshot wounds after responding to what they initially thought was a car crash, police said. She was taken to University Hospital San Antonio, where she was pronounced dead around 3 a.m., police said.No arrests have been made and police are investigating if Mitchell was targeted.Miller was recently promoted to the position of drill sergeant assigned to the U.S. Army Medical Center of Excellence (MedCoE) at JBSA-Fort Sam Houston, military officials said.”We are devastated by the tragic loss of Drill Sergeant Jessica Mitchell. Our sincere condolences go out to her family and friends. We are focused on supporting Drill Sergeant Mitchell’s family as well as her soldiers during this extremely difficult time,” Maj. Gen. Dennis LeMaster, the MEDCoE commanding general, said in a statement.Mitchell was on holiday leave at the time of her death, LeMaster said.The fatal shooting is being investigated by the San Antonio Police Department and the Army’s Criminal Investigation Division.Graham, of Cherryville, North Carolina, was found unresponsive in her barracks room at Fort Bliss in El Paso, Texas, and pronounced dead by emergency personnel, officials said.The Army is investigating Graham’s death. There was no immediate indication that foul play was involved.Graham was a human resources specialist who was stationed at Fort Bliss in December after completing basic combat training at Fort Leonard Wood, Missouri, officials said.She was assigned to the 1st Armored Division Combat Aviation Brigade, also known as the Iron Eagle team.”The Iron Eagle team is deeply saddened by the loss of our friend and teammate. We send our deepest condolences and prayers to her friends and loved ones,” Col. Geoffrey Whittenberg, commander of the division, said in a statement.“Pfc. Graham was a valued member of the Iron Eagle team and did an outstanding job for this Battalion,” Wittenberg added. “Her loss is felt not just in our formations but across the Army. We lost a skilled human resource specialist who wanted nothing more than to serve her country and her battle buddies.”Graham enlisted in the Army in July 2019 and in her short career received the National Defense Service Medal, Global War on Terrorism Service Medal, and the Army Service Ribbon, military officials said.Copyright © 2021, ABC Audio. All rights reserved.