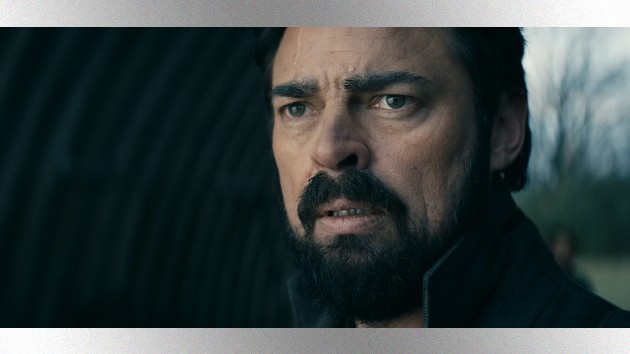 To put it as delicately as possible, the storyline has Homelander telling the public that he and the world’s other super-powered people have to leave earth for a mission in space, when in reality, they head to a deserted tropical island for a supes-only, super-hedonistic getaway. Typical Homelander.

However, he recently tweeted a picture of an upcoming 3rd season script of that very show.

“The graphic novel for The Boys is… a lot more graphic and a lot more dark,” he tells ABC Audio. “And I think that [they]…did a wonderful job of taking the very essence of [the material] and done so in a way to make sure it didn’t lose its original impact, but yet was more digestible.”

Antony Starr, who plays Homelander, agreed. “Even as an adult…I was still a little shocked at the content in the comics,” he laughed to ABC Audio.

“It was: ‘Whoa’ – that’s quite full on!’ I mean…if you just shot what was in the comics, nobody could air it…”

“…[W]hat the show has done is take the structure and the spirit of the comics, but maybe trim some of the excesses and made it possible to screen.”