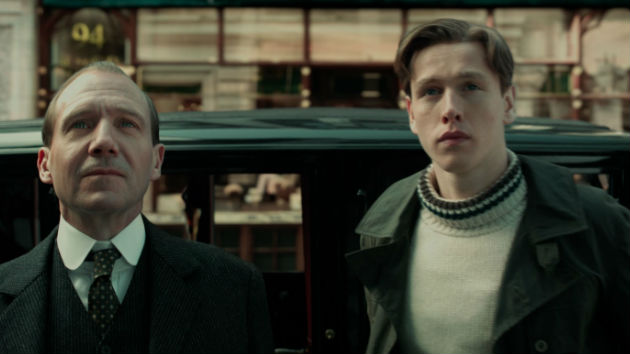 (LOS ANGELES) — Disney has followed Sony’s suit, and on Friday steered a slew of big releases away from theaters, many of which are still shut down because of the COVID-19 pandemic.

The titles, from Disney’s acquisition of 20th Century Fox and Fox Searchlight, include the thrice-bumped Kingsman prequel The King’s Man; that film, due out last year and delayed to try to avoid the pandemic, will now move from March 12 to August 20, Variety notes.

A big-screen bow of Fox’s hit animated show Bob’s Burgers was to open April 9, but now has been removed entirely from the 2021 schedule.

Other titles include the animated Ron’s Gone Wrong, which went from April 23 to October 22, the thriller Antlers, and the Jessica Chastain-led biopic The Eyes of Tammy Faye; the former title will now open October 29, while the latter is set for September 24.

The elephant in the room, however wasn’t mentioned: Marvel’s Black Widow. The standalone adventure of Scarlett Johansson’s titular Avenger and super-spy was to open May 1, 2020, before it was bumped to November of last year, and then into 2021; so far, its latest release date is still slated for May 7, 2021.

Other big Disney releases that haven’t yet changed include other 2020 refugees like Free Guy with Ryan Reynolds on May 21; Cruella with Emma Stone on May 28; Marvel’s Shang-Chi and the Legend of the Ten Rings on July 9, and Dwayne Johnson and Emily Blunt’s Jungle Cruise on July 30.

Michael B. Jordan admits Chadwick Boseman’s death is what “made me cry the most this year”