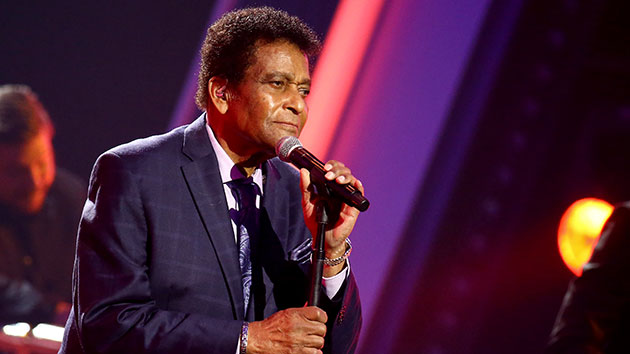 A Texas police officer named Tyler Pride, who is the biological son of the late country legend Charley Pride, has filed a lawsuit contesting the singer’s will, according to The Dallas Morning News.

Pride died of COVID-19 complications in December 2020, and his will acknowledges the three children, Dion, Angela and Carlton, whom he shared with his wife of more than 60 years, Rozene, who is also the executor of his will.

But Pride also fathered a child by Joyce Ann Tines, Tyler’s mother, during an affair that Tyler tells the newspaper lasted for a decade. In 1992, a Texas court proved that the then-13-year-old Tyler was Pride’s biological son using the results of a DNA test. The court also ordered that Pride pay $92,000 in back child support and begin making payments of $4,000 per month until Tyler’s 18th birthday.

In her response to the lawsuit, Rozene doesn’t contest Tyler’s paternity, but does say that it’s “heartbreaking to see Tyler try to tarnish Charley’s reputation and break Charley’s estate plan in the hope of getting more money for himself,” also saying that Tyler saw Charley as a “cash cow” during the latter years of his life.

Tyler, now 41, says he’s contesting the will to “see what I’m entitled to,” also explaining that he felt shut out from the family in the wake of Pride’s death. Nobody “bothered to tell me” about Pride’s fatal bout with COVID-19, he explains, also claiming that he met with resistance when he expressed interest in attending the funeral.

Jimmie Allen trades verses with Jennifer Lopez on a remixed “On My Way,” the latest Tulip Drive release

Miranda Lambert will perform at ABC’s Time100 Gala next month