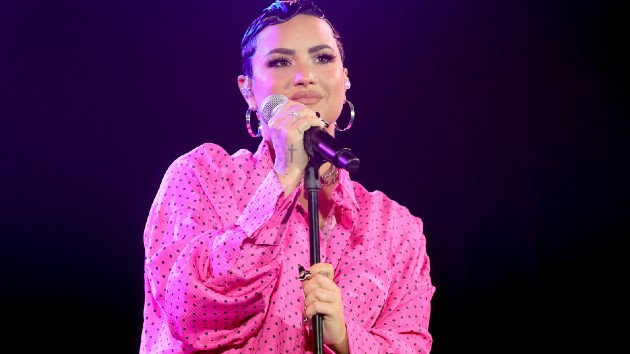 Demi Lovato said the need to appear a certain way during the start of their career hindered their ability to create and express themself freely.

On the latest 4D With Demi Lovato podcast episode, the “Dancing with the Devil” singer recalled the pressure they felt to look more feminine and sexually appealing — saying they labored to fit into that mold out of fear that appearing otherwise would damage their upcoming singing and acting career.

“I was so afraid at times of what my career would look like if I wasn’t that super sexy, hyper-feminine pop star,” Lovato, 28, recounted.  The singer said it took years to feel comfortable enough to experiment with their own style, which included cutting their hair, wearing gender-neutral clothing and embracing their masculine side.

“My career doesn’t matter as much to me now as it does living my truth,” said the Grammy nominee, who has since come out as nonbinary and pansexual.  Lovato remarked on the benefit of fully embracing their truth, noting that their ability to make art has improved.

“I know what it’s like to have your dream feel like it can hold you back, but it’s quite the opposite. Now that I am living my truth, my art has just become that much greater because my art is a reflection of who I am,” the Camp Rock star grinned.

Lovato added, “Now that I’m able to be more transparent with the world in who I am, they can see my art better, and they hear it better.

Appearing on Wednesday’s episode was Patricio Manuel, who, in 2018, became the first transgender boxer to fight professionally in the country.