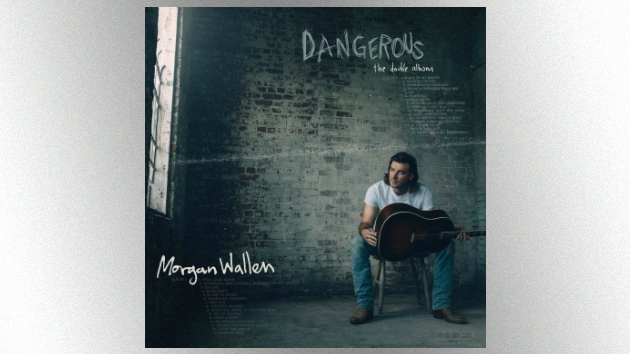 A series of fan-funded billboards supporting embattled country artist Morgan Wallen popped up in Nashville this week, according to Nashville’s The Tennessean newspaper.

The billboards — seven in total scattered across Music City — include a silhouette of Wallen against a plaid, red-and-black checkered background that reads, in all caps, “The fans are speaking.  Enough is Enough.  Music industry we want to be heard.”

The billboards indicate that “Darleen Ingram and fans” paid for them to support the 28-year-old East Tennessee native.

This marks at least the third set of billboards paid for by Wallen’s fans, according to the Tennessean.  Six were erected in Nashville just before the ACM Awards.  In May, they bought a billboard in Los Angeles boycotting the Billboard Music Awards.

Wallen became embroiled in controversy after being caught on video in October of last year using a racial slur, leading to multiple stations across the country to remove his music from their playlists. Additionally, his label, Big Loud Records, suspended his recording contract indefinitely and he was dropped by talent agency WME.

Wallen has since apologized for his language, promising “to do better.”

Despite the fallout, Wallen’s Dangerous: The Double Album, which was released in January, spent a record-breaking 10 consecutive weeks at No. 1 on the Billboard 200 chart — the majority of that occurring after he was recorded using the racial slur. Wallen also picked up three Billboard Music Awards, despite being barred from attending or performing at the ceremony.