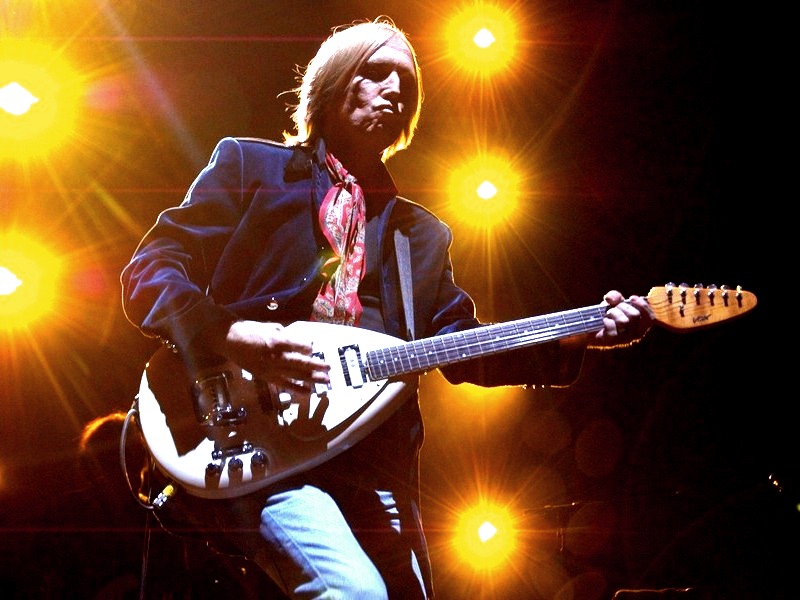 Out on Saturday (June 12th) in celebration of Record Store Day is the new Tom Petty & The Heartbreakers set, Angel Dream. The vinyl album is described as a "reimagining" of Petty's 1996 soundtrack to Edward Burns' She's The One movie. A digital and CD version is set to drop on July 2nd

The announcement reads in part:

Angel Dream is a special reimagining of the album She’s The One to celebrate the 25th anniversary of its original release. This also brings to a close the celebration of Tom Petty’s masterpiece Wildflowers, as most of the songs on this album were recorded during the same time period.

She’s The One included some songs that were left off the original Wildflowers album, recently included in the Wildflowers & All The Rest reissue. To take the place of those songs, four previously unreleased songs have been added here — two Petty originals ("105 Degrees" and "One Of Life's Little Mysteries," a cover of JJ Cale’s "Thirteen Days," and the instrumental "French Disconnection."

Heartbreakers keyboardist Benmont Tench said in a statement: "She's The One was originally a great way to include some of the songs that didn’t make it on to Wildflowers, but it has its own thing to it, its own charm, and putting it out now in a restructured form makes for a sweet little treat. At the time in the studio, it was fun working as a band to improvise the scoring cues for the movie rather than playing to preset click tracks and a written score. And it was interesting to try to cut covers of others' songs for a record, instead of learning covers just for live shows. . . This album has 'Angel Dream' on it, one of the loveliest songs Tom ever wrote."

Petty's Widow, Dana Petty, added: "These songs are extremely special. I am grateful this record is getting the recognition it deserves. The remix Ryan Ulyate did sounds amazing, and the unreleased gems are a lovely bonus. (Tom's daughters) Annakim, Adria, and I took a lot of time finding artwork that reflects the mood of the album. I think we finally achieved that with Alia Penner's work. It is surreal and beautiful, just like life during that time."

Tom Petty said that his main mission when hitting the studio was to  make honest, original, and authentic music: ["We just wanted to make an album. It sounds like a novel idea, but just where it's all human beings playing the music, y'know? Where guys actually play a drum and play the guitar and sing with each other and all stand there together and do it. And that's really what I know best and enjoy the most."] SOUNDCUE (:19 OC: . . . enjoy the most)